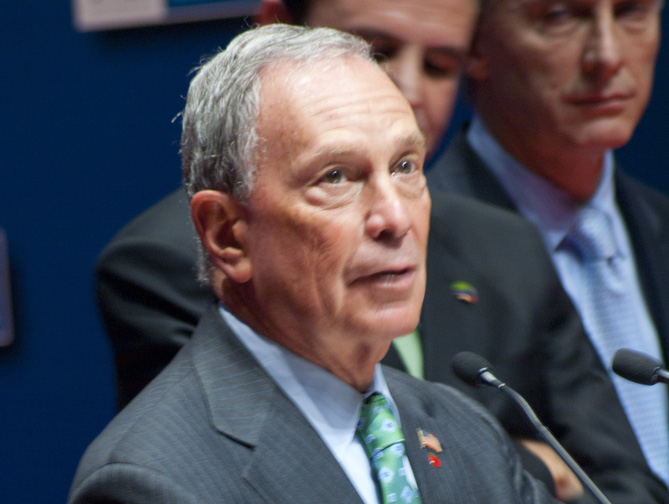 New York City Mayor Michael Bloomberg endorsed Barack Obama for president on Thursday. Bloomberg, whose city is still dealing with the disaster left in the wake of Hurricane Sandy, cited the president’s position on climate change in a column posted on Bloomberg View:

Our climate is changing. And while the increase in extreme weather we have experienced in New York City and around the world may or may not be the result of it, the risk that it might be — given this week’s devastation — should compel all elected leaders to take immediate action.

We need leadership from the White House — and over the past four years, President Barack Obama has taken major steps to reduce our carbon consumption, including setting higher fuel-efficiency standards for cars and trucks. His administration also has adopted tighter controls on mercury emissions, which will help to close the dirtiest coal power plants (an effort I have supported through my philanthropy), which are estimated to kill 13,000 Americans a year.

Mitt Romney, too, has a history of tackling climate change. As governor of Massachusetts, he signed on to a regional cap- and-trade plan designed to reduce carbon emissions 10 percent below 1990 levels. “The benefits (of that plan) will be long- lasting and enormous — benefits to our health, our economy, our quality of life, our very landscape. These are actions we can and must take now, if we are to have ‘no regrets’ when we transfer our temporary stewardship of this Earth to the next generation,” he wrote at the time.

He couldn’t have been more right. But since then, he has reversed course, abandoning the very cap-and-trade program he once supported. This issue is too important. We need determined leadership at the national level to move the nation and the world forward.

Who knows how much sway Bloomberg, an independent, holds with the general public. But it certainly highlights how ridiculous it is that climate change never came up in any of the presidential or vice-presidential debates.