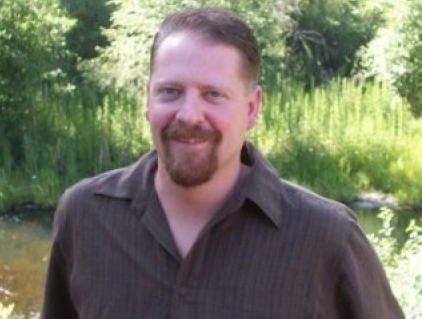 The Montana Senate match-up between Democrat Sen. Jon Tester and Republican Rep. Denny Rehberg is among the most closely watched in the nation, since its outcome could potentially determine which party controls the US Senate. But lately the candidate in the race who’s getting the most attention is neither Tester or Rehberg—it’s Dan Cox, who’s running as a Libertarian. His unexpected profile boost came last week thanks to a $500,000 ad buy touting Cox as Montana’s “real conservative.” The catch is that his campaign is not behind the ad. It was bankrolled by a political action committee that has been supporting Tester’s campaign and running attack ads against Rehberg.

In a nail-bitingly close race, where Tester and Rehberg are tied at 48 percent, the Cox factor could be a decisive one, potentially siphoning votes away from Rehberg. Montana Republicans are crying foul, accusing Tester’s supporters of resorting to dirty tricks in order to swing the election in their favor.

The ad supporting Cox shows a man shooting out a security camera—a dig at Rehberg, who has sponsored legislation that would allow the Department of Homeland Security to control and monitor public land. It was financed by the Montana Hunters & Anglers Leadership Fund, which has spent nearly $1.1 million running ads against Rehberg. The PAC paid around $500,000 for the Cox ad. The group’s president is a hunting cap-wearing Montanan named Land Tawney, who last year made a contribution to Tester of $500, according to Open Secrets.

Hunters & Anglers is funded in part by the League of Conservation Voters (LCV), which according to The Hill, had donated $410,000 to the PAC as of September 30. But the League doesn’t actually back Cox: “The money we gave was for ads against Rehberg over the summer,” LCV spokesman Jeff Gohringer says. “We’ve never given a dime to run any TV ads supporting anyone other than Tester. Our efforts have been to support and elect Tester, or oppose Rehberg.”

Cox, who’s 36 and runs an Internet-based fishing tackle company, grew up in Logan, Utah. He moved to Montana in 2002, he says, because he “loved the hunting, fishing, and freedom.”

“There’s really only one important issue: God-given rights,” Cox told Mother Jones. “I’m the only person in this race that is going to protect those. I’m a constitutionalist, and I’m for freedom.”

But while Rehberg has been a fixture in Montana politics since 1985, Cox is a political neophyte. He used to run a Montana business with his now ex-wife called “Halo Heaven,” which makes tutus, pettiskirts, feather boas, and Halloween costumes for children. While getting the company off the ground, he ran into zoning regulations that, he says, would have prevented the business from expanding.

After successfully repealing the zoning laws through a referendum, he was elected to the Ravalli County Republican Central Committee. “Seeing behind the curtain” of the Republican party, however, left him disillusioned and he decided to run as a Libertarian in 2010 for a seat in Montana’s state Senate. He lost the race, but ended up winning over 11 percent of the vote.

Cox, who’s been polling in the single digits, had drawn little scrutiny before last week. But now the Rehberg campaign and its supporters are  paying especially close attention. “Tester and his liberal allies realize that Tester cannot win this election on his own, so they have engaged in illegal deceptive practices in a desperate attempt to trick conservative voters,” Montana GOP spokesman Chris Shipp told The Hill.

The Montana GOP filed a complaint with the Federal Election Commission on Wednesday alleging that both the LVC and Hunters & Anglers broke campaign spending laws. The party is accusing the groups of sending out mailers supporting Cox without identifying themselves as the source behind them.

Cox, for his part, is just happy for the help. When asked whether he thinks the PAC supported him in an effort to aid Tester, Cox said:  “That’s probably the intention of the people putting out the ad, unfortunately that’s not really representing liberty like I’m trying to do. I believe the good news is that when this election is over, at least one or two of these unconstitutional candidates won’t be in office.”