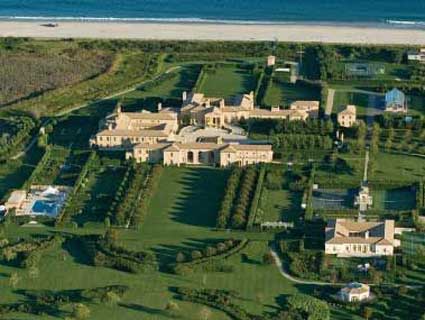 A Peruvian judge has threatened to extradite bad-boy industrialist and private-equity bigwig Ira Rennert, according to a recent story in Peru’s La Republica. Since January, the American billionaire has repeatedly refused to travel to Peru to respond to charges of defrauding the Peruvian government in connection with his management of Doe Run Peru, a lead smelter in the Andes that has poisoned a surrounding town.

According to La Republica, Rennert has claimed that he is “too occupied with his business” to address the charges in person. He asked Peruvian judge Martha Flores Gallardo to travel to New York instead.

Though there’s no saying whether Peru will officially try and force Rennert to show up, the judge seems to be taking that option seriously. In a September 5 legal filing, she wrote that a no-show by Rennert “will result in extradition proceedings prescribed by law.”

Rennert doesn’t seem worried. “There is no outstanding arrest warrant, and there is no possibility of one being issued by the court in Lima,” Rennert spokesman Jim McCarthy said in a written statement. He declined to elaborate.

If Rennert were to be extradited, it would certainly burnish his status as America’s most despised billionaire. His haters include Wall Street regulators (who essentially banished him from the securities industry), environmentalists (he once owned the company that manufactured the Humvee, as well as America’s dirtiest mining company), his own investors (who sued him for fraud), and his slightly-less-rich neighbors in the Hamptons (who dislike his 110,000-square-foot residential compound—the nation’s largest—not to mention the industrial-grade helicopter Rennert uses to come and go). For more on Rennert and his copters, read my recent story about upper-class warfare in the Hamptons.