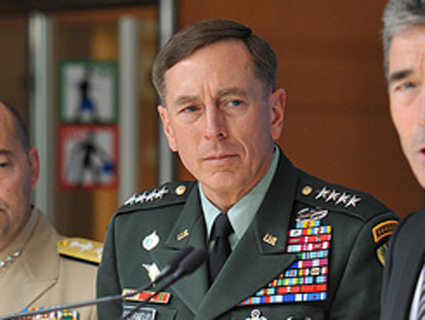 Hey, this story about General David Petraeus is pretty wild. And it seems like many writers covering it have used this as an opportunity to air some good, old-fashioned misogyny—because we all know it was the woman’s fault for having a vagina in the presence of a powerful man, right?

On Friday afternoon, before there was even any information available about the woman in question, Free Beacon writer Michael Goldfarb opined on unsubstantiated rumors that the still unidentified “homewrecker” had something to do with Senator-elect Elizabeth Warren: 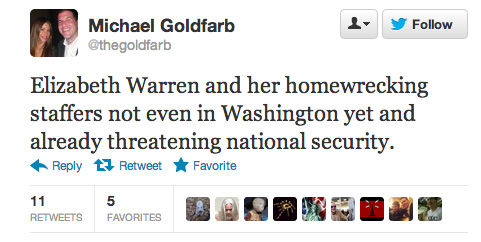 After information came to light about Paula Broadwell, the alleged mistress, Business Insider posted a piece from writer Robert Johnson, who talks to an unnamed “senior military source.” The source praises Petraeus’ “honor” in admitting that he was having an affair with a woman who “got her claws—so to speak—in him.” From the article:

Let’s face it, everyone is human, and we all make mistakes. You’re a 60 year-old man and an attractive woman almost half your age makes herself available to you — that would be a test for anyone.

Here’s the Washington Post making sure you know that the affair was all Broadwell’s fault because, you know, she dressed like a marriage-destroying vixen:

Former aides say Broadwell’s attire—usually tight shirts and pants—prompted complaints in Afghanistan, where Western-style attire can offend local sensibilities. Her form-fitting clothes made a lasting impression on longtime Afghan hands, and Petraeus once admonished her, through a staffer, to “dress down,” a former aide recalled.

“She was seemingly immune to the notion of modesty in this part of the world,” said a general who served in Afghanistan while Petraeus was commander there.

Paleocon blogger Robert Stacy McCain doesn’t even bother to couch his feelings in euphemism, in his unsubtle blog post, “The Slut Paula Broadwell.”

Over at Buzzfeed, writer Jessica Testa does an admirable job of trying to criticize this developing media narrative about Broadwell as a manipulative strumpet. But then she does little to help the cause, writing of Broadwell: “A few months ago, she shared Katie Roiphe’s Newsweek story about powerful women who want to be sexually dominated.”