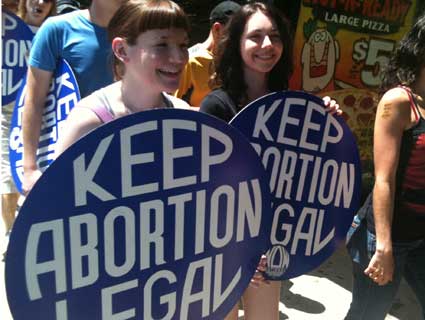 With options running out, the future of Mississippi’s only remaining abortion clinic likely depends on a federal judge.

The Jackson Women’s Health Organization, represented by the Center for Reproductive Rights (CRR), has filed another motion calling on the court to block enforcement of a new state law that would shut down the clinic for good. Passed last April in a fairly blatant attempt to make Mississippi an “abortion-free” state, the law requires doctors who provide abortions to have official admitting privileges at a local hospital. The doctors at Jackson Women’s Health, both of whom travel to Jackson from out of state, have been trying to secure the privileges for months.

Those efforts have proven fruitless. In July, the court allowed the law to go into effect but blocked any penalties from being enforced while the hospital application process played out, and the department of health granted them six months to try to come into compliance. But, at this point, the result of the application process is a “forgone conclusion,” according to CRR.

“Anti-choice politicians were very clear that they had one in thing in mind when they passed this law: to shut down Mississippi’s only abortion clinic,” said CRR’s president Nancy Northup in a press release. “It isn’t a surprise to anyone that the physicians at the Jackson Women’s Health Organization haven’t been able to obtain admitting privileges at any local hospital.”

Unless the law is blocked, the clinic will be in violation on January 11. If it’s forced to close, Mississippi would be the only state in the country without a single abortion clinic, and women would have to travel to surrounding states to end their pregnancies. But the clinic’s owner, Diane Derzis, says she’s hopeful that the judge will declare the law unconstitutional. “Without him doing so,” she warns, “Mississippi has banned abortion.”