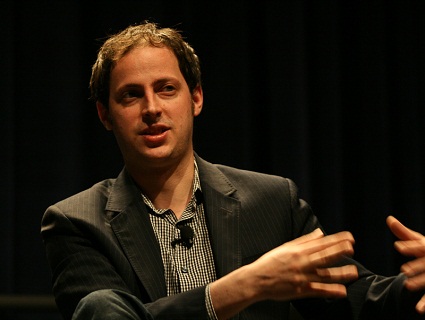 Conservative blogger Dean Chambers has taken this lesson and “unskewed” it, whitewashing the data gathered across multiple national polls and casting the numbers in a light favorable to Republicans. He does this by re-weighting the polls in favor of Republicans—a happy little magic trick that they don’t teach you in those liberal institutions of higher learning.

To Chambers, accurately predicting the outcome of the 2012 election is far less important than attempting to influence that outcome with propaganda.

Of course, tinkering with the numbers to inflate Romney’s chances isn’t the only thing Chambers is interested in. Chambers is pushing a culture war message, and nothing as trivial as statistics or math will get in his way. Take his broadside against 538.com blogger Nate Silver, one of the most reliable sources for poll analysis:

Nate Silver is a man of very small stature, a thin and effeminate man with a soft-sounding voice that sounds almost exactly like the “Mr. New Castrati” voice used by Rush Limbaugh on his program. In fact, Silver could easily be the poster child for the New Castrati in both image and sound. Nate Silver, like most liberal and leftist celebrities and favorites, might be of average intelligence but is surely not the genius he’s made out to be. His political analyses are average at best and his projections, at least this year, are extremely biased in favor of the Democrats.

See, it’s not just about the “leftist” skew; Silver is an effeminate man with a soft-sounding voice. In other words, Silver is just too gay for the numbers to make sense. Only manly men like Chambers can properly weight polls and make them fair and balanced again.

The latest predictions from Nate Silver 538.com/New York TimesFox News and talk radio are not the only entities responsible for head-in-the-sand denialism on the right. Plenty of politicians engage in the same kind of thinking. But what it really boils down to is a subtle admission that Republicans are losing the demographic war and, seeing that battle slowly slipping away from them, are ramping up the culture war in its stead.

So we get absurd stories every holiday season about The War On Christmas, and we see bloggers like Chambers adopt Fox News’s affinity for the truth and apply it to mathematical models with the same blind fervor. It’s not a long-term strategy, it’s a short-term blitz aimed at staunching the demographic bleeding.

When I look at the state of American politics, it’s always a tiny bit surprising to see lower-income Americans voting Republican. Then I remember that economic interests may be important to everyone, but voters will all-too-willingly vote against their own economic interests if there is a compelling enough culture war narrative to sway them.

This compelling narrative is exactly what the Tea Party was all about. What the Tea Party did was introduce a new modern fable to latch onto, giving weight to words like “freedom” and hazy concepts like the Constitution—so that people who might otherwise look at how badly the GOP ransacked the American economy under George W. Bush might still blame President Obama for every woe, big government for every evil, and equate freedom and limited government with a party that has never given any indication that it cares about those things once in power.

Indeed, narrative is what the culture wars are truly about. More than anything, the culture wars serve politicians first and citizens second. They give politicians a better way to strike fear into the hearts of their supporters, assuring them that the Other is not merely wrong but also immoral and dangerous.

As we’ve seen perhaps more than ever in the 2012 election, standard-bearers of the Republican Party such as VP nominee Paul Ryan have very little interest in facts and a great deal of interest in spinning a narrative around themselves and their platform. Romney himself continues to spin a gilded-age narrative about the good ol’ days before Obama took office; Ryan sets up fake soup kitchen photo shoots in an attempt to merge that narrative with one of compassionate conservatism entirely at odds with his pseudo-Objectivist guiding philosophy.

Dean Chambers is merely following in others’ footsteps with his “unskewed” polls and his homophobic attacks on Nate Silver. Nor can we lay all the blame at Chambers’ feet. Other voices with more sway and, one hopes, more responsibility to presenting the truth, have hopped onto the anti-Silver bandwagon.

Take Politico’s Dylan Byers, who wrote: “So should Mitt Romney win on Nov. 6, it’s difficult to see how people can continue to put faith in the predictions of someone who has never given that candidate anything higher than a 41 percent chance of winning.”

It “makes a kind of sense,” that we’d see so much criticism of Silver come out of Politico writes Ezra Klein. “Silver’s work poses a threat to more traditional—and, in particular, to more excitable—forms of political punditry and horce-race journalism.”

That’s a nice way of saying that models rooted in actual math (similar to theories rooted in actual science) pose a threat to people less concerned with facts, not bothered by half-truths or flat-out falsehoods, and much more interested in generating page clicks than in actually dissecting facts and fictions.

And for Fox News, the modern-day GOP, and Dean Chambers it’s about telling a compelling story no matter how poorly it may hold up against the numbers.

“The reality,” Public Policy Polling’s Tom Jensen told TalkingPointsMemo, “is that (Republicans are) losing, they can’t accept it, and they’re going to find some reason to dismiss every poll that makes them unhappy no matter what its composition is. This isn’t really about Party ID, it’s about hardcore denial.”