Foot-in-mouth rape commentary by Republican candidates was one of the most disturbing mini-trends of the 2012 election. And as the returns began rolling in last night, it quickly became clear that this bounty of apologies for sexual assault had paved the way for some big GOP losses. Here’s a breakdown of the candidates who said absurd things about rape and paid for it at the polls.

Comments: In a TV interview, Smith compared a pregnancy from rape to “having a baby out of wedlock.”

Outcome: Defeated by Democrat Bob Casey, who got nearly 54 percent of the vote. 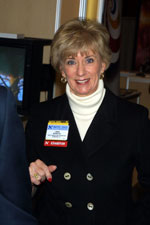 Comments: During a debate, McMahon clarified that no Catholic hospital should be required to provide emergency contraception to rape victims, except in cases of “emergency rape.”

Outcome: Defeated by Democrat Chris Murphy, who got 55 percent of the vote. 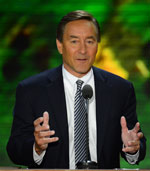 Comments: When asked in a TV interview whether he’d support abortion in cases of rape, Berg awkwardly evaded the question, then gave a flat-out no.

Outcome: Berg conceded to Heidi Heitkamp, who beat him by less than 3,000 votes. 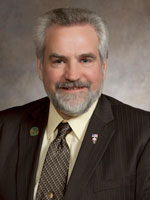 Comments: Last December, Rivard got into a discussion with a local newspaper about a case in which a 17-year old was accused of forcing sex on a 14-year-old girl. Expressing his thoughts on the case, Rivard cited a motto he’d learned from his dad: “Some girls rape easy.” Or in other words, girls agree to sex and then call it rape, because that’s convenient.

Comments: During a now-infamous TV interview in August, Akin responded to a question about his beliefs on abortion in cases of rape by saying that pregnancy from “legitimate rape” is unlikely because “the female body has ways to shut that whole thing down.” In October, a 2008 video surfaced showing Akin explaining how women who aren’t actually pregnant get abortions anyway.

Outcome: Lost to Democrat Claire McCaskill, who got nearly 55 percent of the vote.

Comments: When asked at an October debate whether abortion should be permitted in cases of rape, Mourdock said it shouldn’t, because the rape and subsequent pregnancy are “something God intended.” 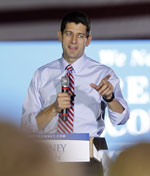 Comments: Where to begin? Ryan has called rape just another “method of conception,” has said he’s “very proud” of the forcible rape bill he cosponsored with Todd Akin, and has cast 59 votes on abortion in his career, all of them anti-choice.

Outcome: Ryan won’t be heading to the White House as Mitt Romney’s VP, but he did keep his House seat.