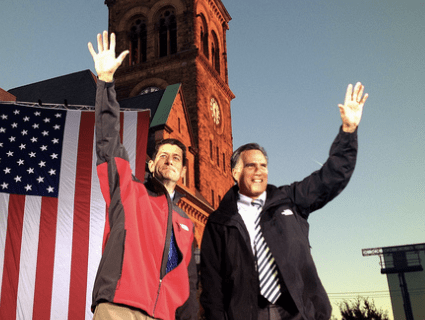 In the aftermath of superstorm Sandy, Mitt Romney has spent much of the last few days dodging questions about his 2011 comment that he’d like to see some of the Federal Emergency Management Agency’s services privatized. “Every time you have an occasion to take something from the federal government and send it back to the states, that’s the right direction,” Romney said at the time. “And if you can go even further, and send it back to the private sector, that’s even better.”

On Thursday, the GOP presidential nominee broke his silence, releasing this statement to the press:

I believe that FEMA plays a key role in working with states and localities to prepare for and respond to natural disasters. As president, I will ensure FEMA has the funding it needs to fulfill its mission, while directing maximum resources to the first responders who work tirelessly to help those in need, because states and localities are in the best position to get aid to the individuals and communities affected by natural disasters.

That’s all well and good, but it doesn’t really answer the relevant question: What would happen to FEMA in a Romney administration? As MoJo alum  Suzy Khimm notes at the WonkBlog, under Romney’s proposed budget, the agency could see its funding fall by about 40 percent. But we don’t know for sure, because with the exception of a handful of appropriations like public broadcasting and Planned Parenthood, Romney hasn’t specified how his cuts would be made and which programs might be exempted.