This week, the Supreme Court will hear a challenge to Proposition 8, which bars same-sex couples from marrying in California, and a case challenging the Defense of Marriage Act (DOMA), which denies federal benefits to same-sex couples married under state law. Proposition 8 is the big one: Overturning it would establish a broad, constitutional right to gay marriage that could be applied  nationwide. However, DOMA shouldn’t be discounted: If this law, signed by former president Bill Clinton, is found to unconstitutional, federal law will not longer discriminate against legally married gay couples. My colleague Adam Serwer argues that the risk to gay marriage is in fact, “very great” in the Supreme Court, because the court could “side with marriage equality” in DOMA, but “render discrimination constitutional,” by not overturning Prop 8. Read on for essential background on the Supreme Court’s decision to take up gay marriage:

Which cases were originally before the Supreme Court?

The Supreme Court had the opportunity to pick up five cases that challenged the Defense of Marriage Act (DOMA), a law signed by President Bill Clinton in 1996 that prevents same-sex couples married under state law from receiving the same federal recognition as heterosexual married couples. The Supreme Court decided to hear the Proposition 8 case and Windsor v. United States, which Serwer calls, “the kind of same-sex marriage case even a conservative justice could love.” 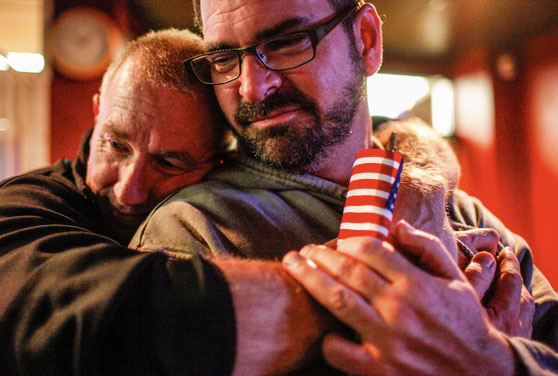 What would have happened if the Supreme Court didn’t accept any of the cases?

Many gay-marriage advocates didn’t want the Supreme Court to take up the Proposition 8 case. If the court had let the lower-court decision stand, same-sex couples could again get married in California after a four-year delay. The same holds true for the Diaz case, which if left alone, would allow state employees to continue to receive domestic-partner health insurance coverage for the time being.

According to Jon Davidson, the legal director for Lambda Legal, if the Supreme Court had decided not to hear any of the DOMA cases, rulings from the First and Second Circuits saying that a section of DOMA is unconstitutional would have stood. Same-sex couples married in Connecticut, Maine, Massachusetts, New Hampshire, New York, Rhode Island, and Vermont would be recognized as married when it comes to federal benefits and rights. (This won’t change the fact that same-sex couples in Rhode Island can’t marry, and couples in Maine can’t marry until January.)

Is the Supreme Court about to legalize gay marriage in the United States?

Not exactly. The DOMA cases affect couples who are already married under state law. If DOMA is found to be unconstitutional, same-sex married couples across the United States will receive the same treatment as hetero married couples under federal law. But new couples can’t get married in states where same-sex unions are not legal. In the Proposition 8 case, if the Supreme Court takes it on and finds the amendment unconstitutional, the reasoning could be used by courts in other states to legalize gay marriage.

What do people have to say?

I sort of hope that SCOTUS comes down against gay marriage, to keep the issue live & ensure it continues to hurt the republican party.

Check out this handy table for what would have happened if the Supreme Court had picked up the other cases:

UPDATE 1, 7:00 a.m. PST, Friday, November 30: According to The Chicago Tribune, the Supreme Court could announce which case or cases it wants to take up as early as this afternoon, and “any cases would be argued in March, with a decision expected by the end of June.” https://www.motherjones.com/node/208516/edit

Chris Geidner of BuzzFeed has also put up a useful article explaining which cases the Supreme Court is most likely to take up, and why.

UPDATE 2, 12:30 p.m. PST, Friday, November 30: The SCOTUS blog reports that the Supreme Court is taking no action on the same-sex marriage cases today, but could possibly still do so Monday. From the blog:

The next opportunity for the Court to issue orders will be at 9:30 a.m. Monday. Nothing has ruled out the possibility that some actions on same-sex marriage could be announced at that time, although there is no indication that that will occur. It may be that the Court needs more time to decide what it wants to do next on any of the cases. If no orders on any of these cases emerges on Monday, the next indication of what the Court may be doing with the issue could come with re-setting them for the private Conference that will be held next Friday. It is not uncommon, in cases that have some complexity, for the Court to require more than one Conference sitting to decide how to proceed.

The Supreme Court is not taking up any same-sex marriage cases today, the SCOTUS blog reports. It appears that the cases will now be rescheduled for this Friday, at the earliest.

Bloomberg reports that the Supreme Court has decided to take up Proposition 8, which addresses whether gay marriage will be legal in the state of California. The outcome of this case could have a huge impact on how other state courts rule on gay marriage in the future.

The justices will also be reviewing the constitutionality of the Defense of Marriage Act (DOMA). If DOMA is found to be unconstitutional, same-sex married couples across the United States will receive the same treatment as hetero married couples under federal law—however, this won’t change whether or not new couples can get married in states where same-sex unions are not legal.

Ted Olson, a lead attorney in the lawsuit against Proposition 8, said in a press conference: “We have an exhaustive record in which to build this case. We are confident the outcome of this case will be to support the rights of our gay and lesbian brothers and sisters.”

Kris Perry, a plaintiff in the case against Proposition 8, said: “We were full of anticipation today in hope that the Supreme Court would see their way to do the right thing on behalf of all the couples in California that have waited so many years for the restoration of equality…We’re elated with the possibility of great things happening.”

Finally, read this take by my colleague, Adam Serwer, about how the risk to gay marriage is in fact, “very great” in the Supreme Court, because the court could “side with marriage equality in one case, but render discrimination constitutional in the other.”