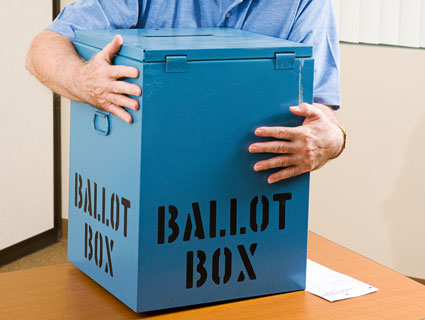 The Election Protection Coalition, which is managing a voter protection hotline, says that eligible voters may have been unlawfully purged from the rolls in major urban areas of Pennsylvania, including Pittsburgh and Philadelphia.

“We suspect there has been an unreported purge of voters in Pennsylvania,” said Barbara Arnwine, head of the Lawyer’s Committee for Civil Rights. There are “too many voters being affected by this for us to think it’s voter error or voter confusion,” Arnwine said.

The Election Protection Coalition said it had fielded at least five reports, each describing dozens of voters being turned away from their polling places because they were not registered as of this afternoon. Under federal law, states are supposed to purge the rolls only after voters have failed to vote in two consecutive general elections, and only then after notifying voters of their intent to do so. According to the Lawyer’s Committee, those calling the Election Protection hotline claimed to have voted in 2008, and so shouldn’t have been purged.

Jon Greenbaum, a former Justice Department attorney who now works with the Lawyer’s Committee, said that the only other explanation for the reports was administrative error. Pennsylvania is already facing widespread confusion among poll workers and voters over the impact of a recently passed voter ID law.