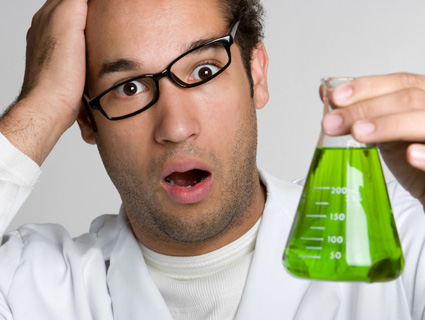 The race is on for the next chairman of the House Science, Space, and Technology Committee—and no matter who wins, he won’t be a big fan of science.

So far, three men have announced that they would like to take over for Rep. Ralph Hall (R-Texas), who is stepping down because House rules limit representatives to 6 years as chairman. Hall was certainly no champion of science, telling National Journal last year that he doesn’t think humans are having a significant impact on the climate because, “I don’t think we can control what God controls.” He also said he was “really more fearful of freezing,” and that he thinks climate scientists dreamed up the whole “warming” thing to make money.

But the would-be new chairs aren’t much better. So far, Dana Rohrabacher (R-Calif.), Lamar Smith (R-Texas), and James Sensenbrenner Jr. (R-Wisc.) have all announced that they would like to take over, Science reports. Here are some of their greatest hits on science.

Rohrabacher: You can check out his webpage on the subject, which is full of crazy, or read his March 2009 speech on how scientists made up global warming as part of a “radical agenda to change our way of life.” Or you can see his May 2011 comments that seemed to indicate that he believes that trees cause global warming. His greatest hit, however, was suggesting in a hearing that historic global warming was caused by “dinosaur flatulence.” (While you’re at it, check out my colleague Daniel Schulman’s 2010 story about Rohrabacher taking up arms in Afghanistan in the ’80s.)

Smith: Here’s Smith in December 2009 chastising news networks for not devoting enough coverage to the so-called “Climategate” affair: “We now know that prominent scientists were so determined to advance the idea of human-made global warming that they worked together to hide contradictory temperature data.” His congressional website does at least acknowledge that the climate is changing, but not that human activity is a major factor.

Sensenbrenner: The Wisconsin lawmaker believes that climate change is a “massive international scientific fraud,” and in December 2009 declared, “There’s increasing evidence of scientific fascism that’s going on.” But his best one-liner, perhaps, was at a 2007 panel in which he suggested that maybe we should put catalytic converters on cow butts to deal with gases.