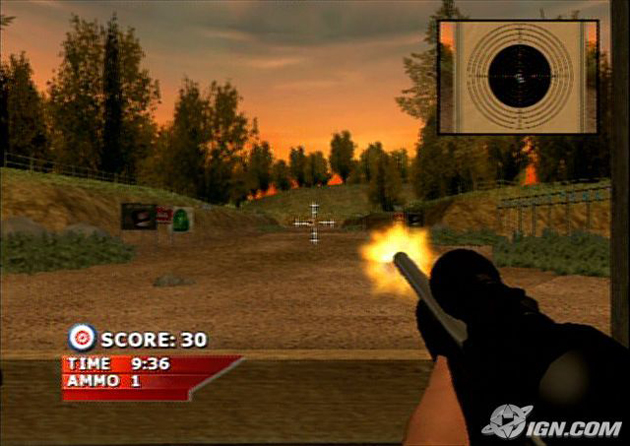 A still from the 2006 game, NRA Gun Club.Crave Entertainment

In his first public comments since last Friday’s shooting at a Newtown, Connecticut elementary school, National Rifle Association CEO Wayne LaPierre sought to place the blame for gun violence where it truly belonged: the makers of video games. “There exists in this country a callous, corrupt and corrupting shadow industry that sells, and sows, violence against its own people through vicious, violent video games with names like Bulletstorm, Grand Theft Auto, Mortal Kombat and Splatterhouse,” LaPierre said.

But LaPierre’s speech left out a key detail: His own organization has a video game, too. It’s called NRA Gun Club, it was released in 2006 for PlayStation 2, and according to the top-ranked review on Amazon, it “could very well be the single worst game in the history of games.” The game, which was rated “E” for kids 10 and older, featured a handgun on the cover with four bullets and consisted entirely of various target-shooting exercises. Gamers can shoot inanimate objects like watermelons, bottles, and clay pigeons, using one of over 100 different kinds of brand-name, licensed firearms like Beretta.

NRA Gun Club didn’t have the kind of blood-and-guts violence LaPierre specifically attacked in his speech—but it was made by a company that makes its money off exactly that. Crave Entertainment, which produced NRA Gun Club, also released a game called Trigger Man, which, as the name suggests, is about a mob hit-man. IGN notes that as part of the game, players “will need to outfit themselves with the tools of the trade from body armor and over 14 weapons, to silencers to make the ‘hit.'” Another release from Crave is Bad Boys: Miami Takedown. As you could probably guess from the Will Smith movie that inspired it, there’s a lot of shooting—and not of the clay pigeon variety: 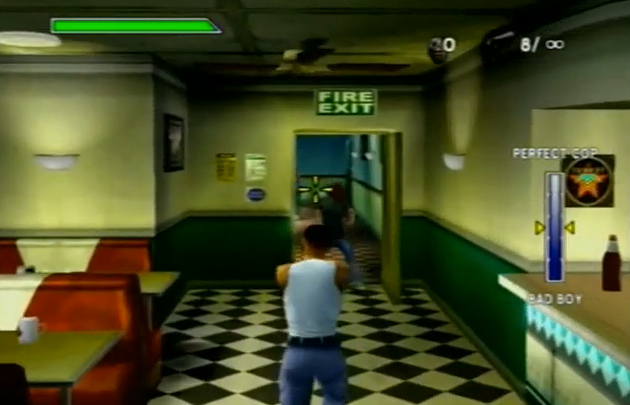 On the other hand, if the reviews were any indication, NRA Gun Club may have been its own form a gun control. As Ed Lewis wrote for the gaming website IGN, “The only time that this game inspired me to want a real gun was when I took the disc out of my PS2. Seeing this digitized crap explode into a hundred silvery slivers would have been the only bit of satisfaction it could ever deliver.” Or as Game Spot’s Jeff Gerstmann put it, “you’re bound to rip the disc out of your PlayStation 2 and fling it across the room almost immediately after putting it in.”