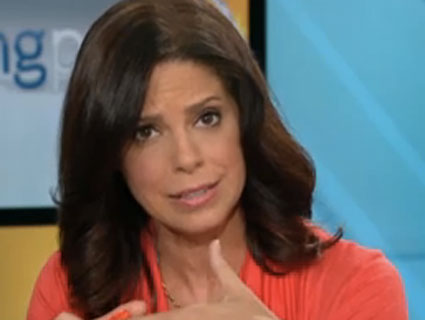 While President Obama and the Democrats have talked a lot about protecting the middle class from tax hikes and entitlement cuts in any debt deal that eventually emerges from the fiscal nightmare, it looks increasingly likely that food stamps will come under the knife. Sen. Jeff Sessions (R-Ala.), ranking member of the Senate budget committee, has taken the lead recently in attacking these “gifts” to the poor. Monday night on CNN, Sessions said the food-stamp program—which now serves a record 47 million people—is “out of control” and needs to be cut down to size. But Soledad O’Brien took him to school.

When asked if food stamps should be on the table in fiscal negotiations, Sessions said “absolutely” and pulled a Romney, saying that Congress needs to “identify how we can move people from dependency to independence.” He added that there were a lot of people getting benefits who didn’t qualify for them.

“Let me stop you there,” O’Brien said. She pointed to the fact that Sessions had voted to expand the food-stamp program in 2002 and 2008. And she cited a Center on Budget and Policy Priorities report that found the food-stamp program to have “one of the most rigorous quality control systems of any public benefit program in recent years [and] has received its lowest error rates on record.” (“That’s not accurate,” Sessions riposted, attacking CBPP’s methodology.)

Then, O’Brien went for the jugular. “I mean, it’s 61 percent of households in your state have children who are recipients of the food program they are on,” she said. At a loss, Sessions attempted to shift the conversation. “Do you think there’s no problem with the program?” he asked O’Brien. “Do you think it’s perfectly well-run?”

“I guess my question would be, when are you thinking of things to cut… Why not cut something else? There are other things that could be on the table before you pick a program that is feeding the nation’s poor children.”

“I’m not picking a program,” he responded. “I say all programs need to be examined in this government.” Translation: It’s about shared sacrifice for all Americans, hungry kids and Lloyd Blankfeins alike.