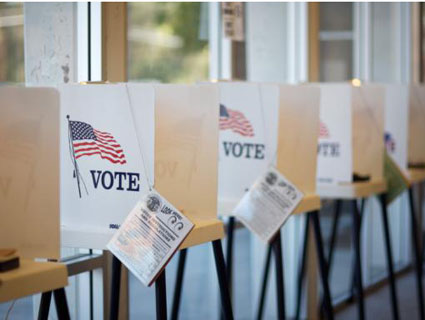 Five conservative dark money groups active in 2012 elections previously told tax regulators that they would not engage in politics, filings obtained from the IRS show.

The best known and most controversial of the groups is Americans for Responsible Leadership, an Arizona-based organization. Not long after filing an application to the IRS pledging 2014 under penalty of perjury 2014 that it would not attempt to sway elections, the group spent more than $5.2 million, mainly to support Republican presidential candidate Mitt Romney.

The California Fair Political Practices Commission has accused Americans for Responsible Leadership of “campaign money laundering” for failing to disclose the origin of $11 million it funneled to a group trying to influence two state ballot propositions.

The other groups that filed applications for IRS recognition of tax-exempt status saying they wouldn’t engage in politics are Freedom Path, Rightchange.com II, America Is Not Stupid and A Better America Now.

Much hangs on these applications, all of which are still pending. The tax code allows social welfare nonprofits to engage in political activities as long as public welfare, not politics, is their primary purpose. If the IRS ultimately decides not to recognize these groups, they could have to disclose their donors.

Such decisions, along with IRS’ oversight of social welfare nonprofits overall, have come under increasing scrutiny as these groups have assumed an ever larger role in elections, pouring an unprecedented $322 million into the 2012 cycle.

ProPublica has documented how some social welfare nonprofits underreport their political activities, characterizing them to the IRS as “education” or “issue advocacy.” Other groups have popped up, spent money on elections and then folded before tax regulators could catch up with them.

The IRS sent the applications submitted by the five groups to ProPublica in response to a public records request, although the agency is only required to supply these records after groups are recognized as tax-exempt. (ProPublica also obtained the pending application of Crossroads GPS, the dark money group launched by GOP strategist Karl Rove that spent more than $70 million on the 2012 elections, which we wrote about separately.)

The IRS confirmed that none of the groups had been recognized as tax-exempt and referred ProPublica to its earlier response about Crossroads’ application. In that email, the IRS cited a law that says publishing unauthorized tax returns or return information is a felony punishable by up to five years in prison or a fine of up to $5,000, or both.

A lawyer for Americans for Responsible Leadership, Jason Torchinsky, cited the same law in an email.

“If you willfully to (sic) print or publish in any manner any information about Americans for Responsible Leadership that you do not lawfully possess 2014 and which may or may not be complete 2014 you will be doing so in violation of (the law) and we will not hesitate to report such unlawful publication to the appropriate law enforcement officials,” Torchinsky wrote.

The other groups for which ProPublica obtained IRS applications did not respond to calls or emails for comment.

ProPublica has published the applications of all five groups, but redacted parts to omit financial information.

“As we said when we published our story on the Crossroads application, ProPublica believes that the information we are publishing is not barred by the statute cited by the IRS, and it is clear to us that there is a strong First Amendment interest in its publication,” said Richard Tofel, ProPublica’s president.

Social welfare nonprofits do not need IRS recognition, though most opt to apply for it. They can operate, and spend money on politics, while their applications are under consideration.

Americans for Responsible Leadership incorporated in Arizona in July 2011 and applied for IRS recognition last September.

By that time, the group had already spent $5,300 on get-out-the-vote efforts for Sen. Orrin Hatch, R-Utah, and given $57,500 to two Republican political committees in Arizona.

Nonetheless, its IRS application said the group hadn’t spent any money to influence elections, nor would it. It also said the group planned to split its efforts between influencing policy and educating the public, in part by “promoting a more ethical and transparent government.”

According to Federal Election Commission filings, the group spent more than $5.2 million on campaign activities in October and early November, mostly on phone calls urging the defeat of President Barack Obama. In addition to the millions it pumped into California ballot measures, the group also spent $1.5 million on two Arizona propositions.

While the IRS doesn’t classify spending on ballot measures as political, California election authorities do.

When ProPublica read the group’s description of its activities on its IRS application to Ann Ravel, the chairwoman of the California Fair Political Practices Commission, she laughed.

“Wow,” she said, upon hearing that the group said it would not try to influence elections. “That’s simply false.”

The California commission pressed Americans for Responsible Leadership to identify who contributed the funds it aimed at the California ballot measures, a battle that reached the state Supreme Court. Just before Election Day, the court ordered the group to reveal its donors.

So, who were they? Another Arizona social welfare nonprofit, which got its money from a Virginia trade association, which also didn’t have to report its donors. California regulators are still trying to peel back the group’s layers, to see who’s behind the money.