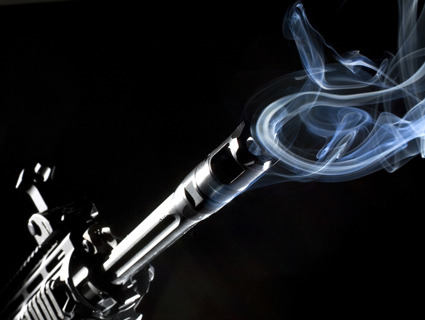 Sen. Dianne Feinstein’s (D-Calif.) new assault weapons ban legislation has many features the original 1994 law lacked—most notably, it closes loopholes that allowed manufacturers to produce de-facto assault weapons, and it eliminates the sunset provision, meaning the new version wouldn’t expire after 10 years as the first one did. But according to Bloomberg, AWB 2.0 is missing one key thing that the original had—votes:

A proposed ban on sales of assault weapons would be defeated in the U.S. Senate today unless some members changed their current views, based on a Bloomberg review of recent lawmaker statements and interviews.

At least six of the chamber’s 55 Democrats have recently expressed skepticism or outright opposition to a ban, the review found. That means Democrats don’t have a simple 51-vote majority to pass the measure, let alone the 60 votes needed to break a Republican filibuster to bring it to a floor vote.

…The five Democratic senators from traditionally pro-gun states who’ve recently expressed skepticism about the bill are Max Baucus and Jon Tester of Montana, Mark Begich of Alaska, Heidi Heitkamp of North Dakota and Joe Manchin of West Virginia. Independent Senator Angus King of Maine, who is caucusing with Democrats, also said he opposes a ban.

This isn’t exactly surprising. On Sunday, Sen. John Barrasso (R-Wy.) predicted the ban wouldn’t even come up for a vote. For gun control advocates, the question going forward may be just how much capital they want to invest in what’s looking like an uphill battle—especially given the uncertain effects of the initial ban.