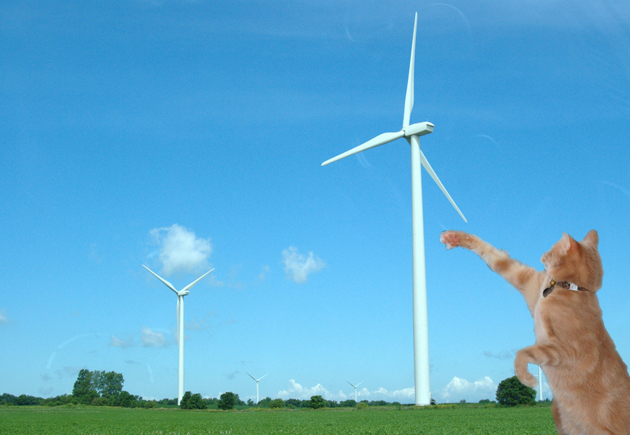 Last month Fox News reported on the “grizzly deaths” of 500 songbirds in West Virginia. Behind the fell deed: a wind farm, caught red-turbined. “To date, the Obama administration… has not prosecuted a single case against the wind industry,” the Fox reporter laments. Opponents of renewable energy love to trot out the risk wind turbines pose to birds, and some engineering work has gone into making them more avian-friendly. But a new study released today in Nature shows that if you really want to protect birds, forget about wind: You need to lock up Kitty.

The study, conducted by scientists from US Fish & Wildlife and the Smithsonian, found that “free-ranging cats… are likely the single greatest source of anthropogenic mortality for U.S. birds and mammals.” No word yet on whether the Obama administration plans to prosecute these renegade felines.