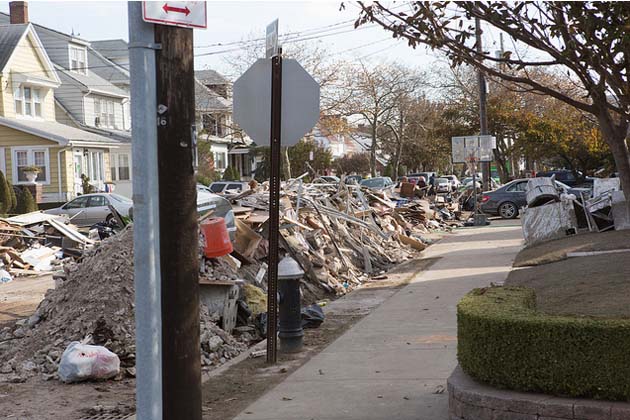 Almost three months after Hurricane Sandy ravaged the East Coast, the GOP-controlled House approved a bill that provides $50.7 billion in disaster relief for the storm’s victims. While passage of the bill is being hailed as a bipartisan success by some (the vote was 241-180), a closer look at how the parties voted by state lines indicates otherwise. GOPers overwhelmingly voted against funding—unless, of course, their state was hard hit.

In 22 states, every last Republican representative voted against HR 152 or abstained on the bill, which includes $17 billion for immediate repair and an amendment introduced by a Republican, New Jersey Rep. Rodney Frelinghuysen, that tacks on another $33.7 billion for long-term recovery and prevention. These included Maryland and the Carolinas (remember Hugo and Floyd?), states that are vulnerable to seasonal hurricanes but were largely spared by Sandy.

There were only five states whose Republican members all voted in favor of aid. These were New Jersey and New York, which took the brunt of the storm; West Virginia, which also suffered damage; and the unaffected states North Dakota and Alaska, which have just one representative apiece. In Virginia and Pennsylvania, which were hit by the storm but not devastated, Republicans voted both ways. By contrast, almost every Democrat who voted on the bill—even in states far from harm, including California, Colorado, Missouri, and Nevada—voted for it. The lone Dem dissenter: Rep. Jim Cooper of Tennessee.

Click on the interactive map below to find out who voted in the all-or-nothing states.