A look through the National Rifle Association’s 1905 annual report (price: 10 cents) shows how vastly the gun group has changed since it was merely “A Patriotic Organization…Organized in 1871 for the purpose of promoting and encouraging rifle shooting among the citizens throughout the United States,” as the title page explains.

Unlike the leadership of today’s NRA—whose board of directors includes has-been actors, a loudmouth rocker, America’s most zealous anti-tax activist, and a former GOP senator who fell from grace following a 2007 escapade in an airport men’s room—the 1905-1906 board consisted overwhelmingly of former or active-duty members of official state militias. (Only 30 percent of the current NRA board has served in the military.) You’ll see a similar contrast between the NRA’s officers and executive committee then and now. Check out the 1905 officers’ titles (and ‘staches!) below. 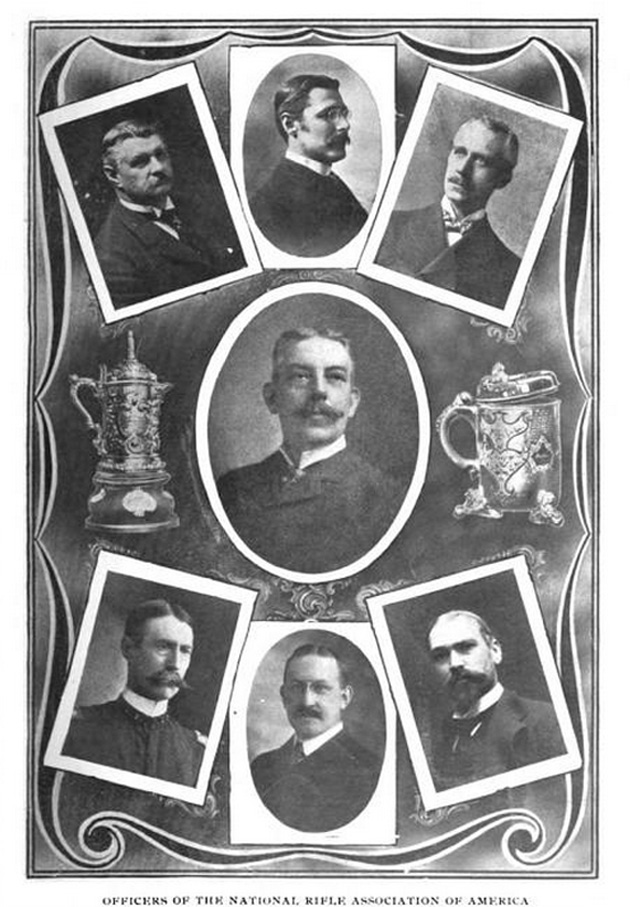 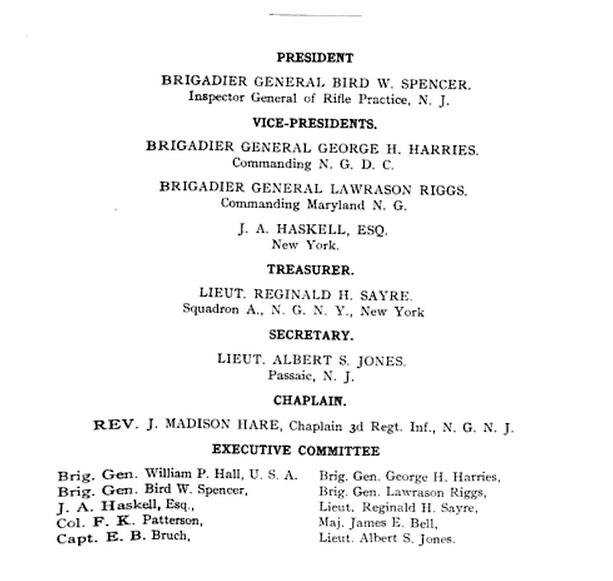 I daresay the chaplain has been downsized. In any case, this vintage report is little more than a voluminous shooting-club newsletter, portraying the activities of men consumed with target practice, marksmanship, and competitions held by NRA-affiliated shooting clubs across the nation. You’ll find therein endless names, scores, and stats, plus plenty of photos of uniformed gentlemen with funny facial hair shooting or standing around in fields. 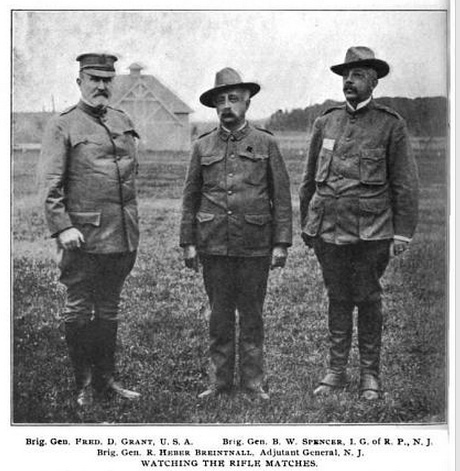 What you won’t find is a hint of today’s politics and fearmongering. The only controversies you’re likely to encounter are of a sporting nature. From one dispatch: “Under such circumstances, the conditions which prevented the finish of a range on one day by all was manifestly unfair to many contestants, as some of them had to shoot during a heavy rain and wind storm, while others had favorable conditions over the same range another day.”

It seems that if you were an NRA member back then, you were most likely an active, engaged member, not just someone who got a free membership because you bought a gun or a ticket to a gun show. And the 1905 NRA, of course, had no wine club. But some things haven’t changed. The NRA’s grass-roots shooter-members were always viewed as a customer base for the makers of rifles, uniforms, and related gear. The NRA acknowleges these special “Life Members” in its report. 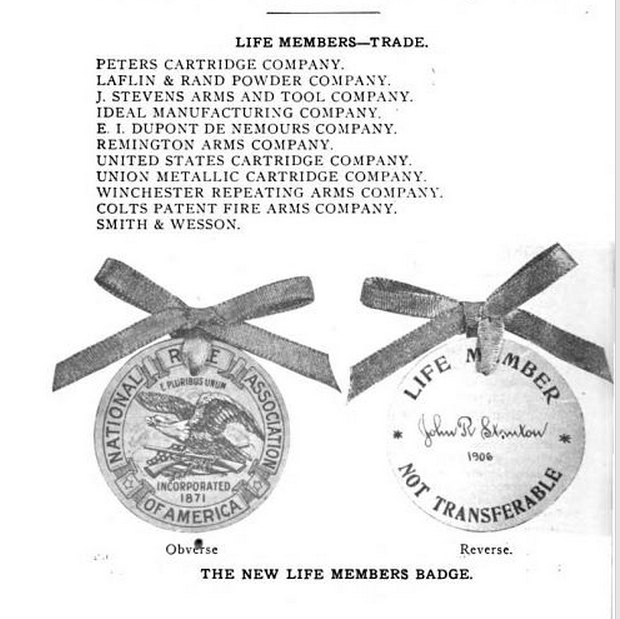 Over the years, the NRA has expanded its symbiotic ties with gunmakers to the point that it seems to have lost sight of its founding mission. It vehemently fights even the most reasonable proposals to curb runaway gun violence, makes outlandish proposals when confronted, and engages in tasteless and misleading political attacks. It doles out leadership positions to the CEO of Bushmaster (which made the rifle used in the Newtown massacre) and the founder of Barrett Firearms Manufacturing (who invented the very unsportsmanlike .50 caliber sniper rifle).

Nowadays, in the magazines that the NRA gives away free with every membership, its corporate sponsors—$1 million-plus recently from Smith & Wesson!—advertise advanced killing machines. It makes you yearn for the days when the group’s trade members proffered their simple wares to a group of dedicated sportsmen, minus the machismo. I’ll leave you with some of the ads from the annual report. Forget Walmart—check out these low prices! 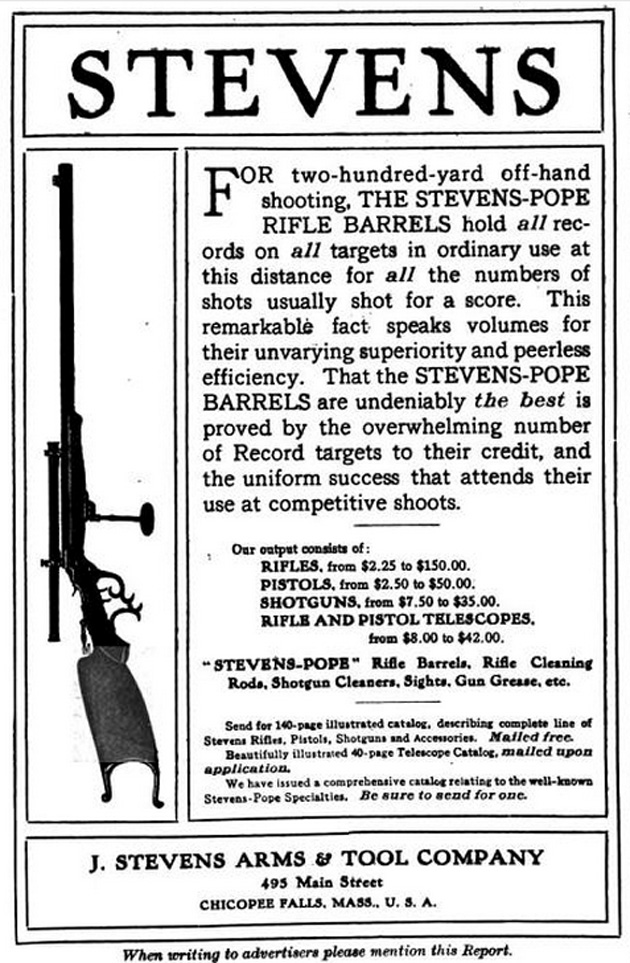 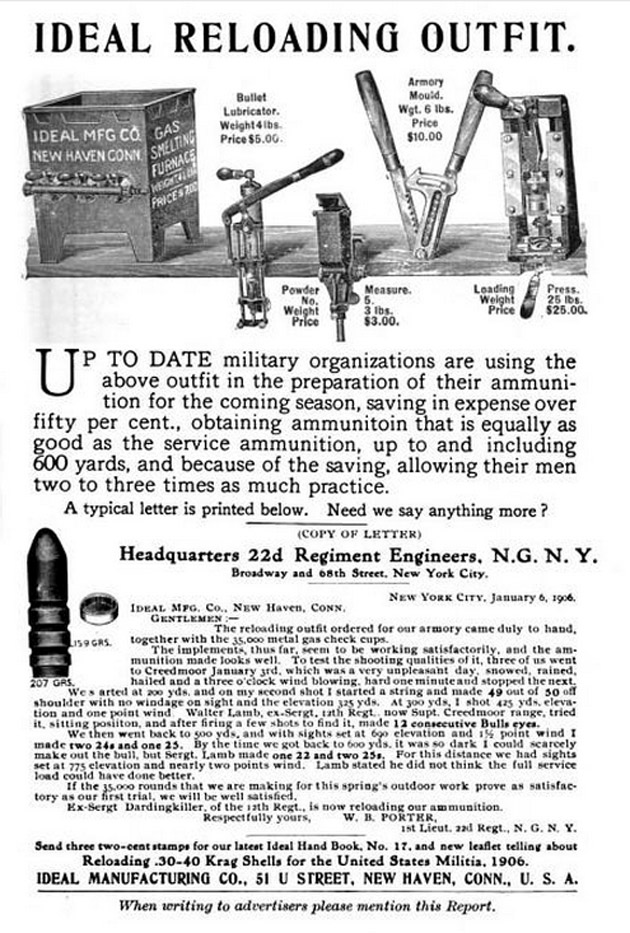 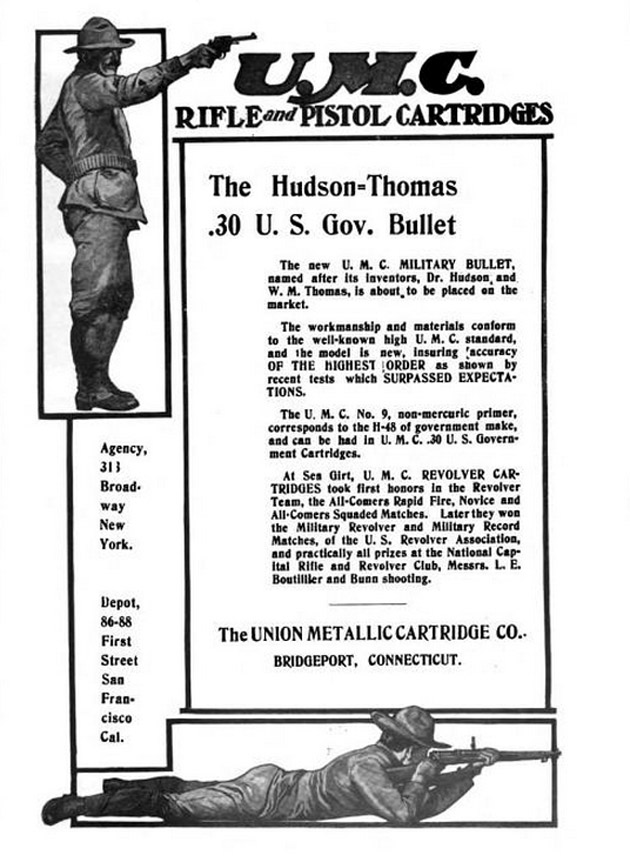 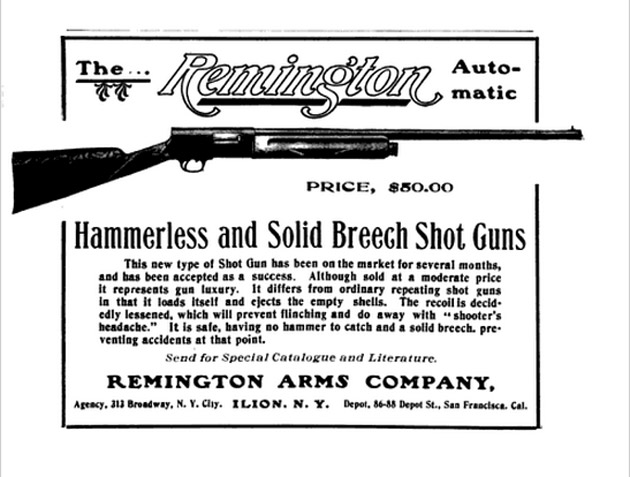 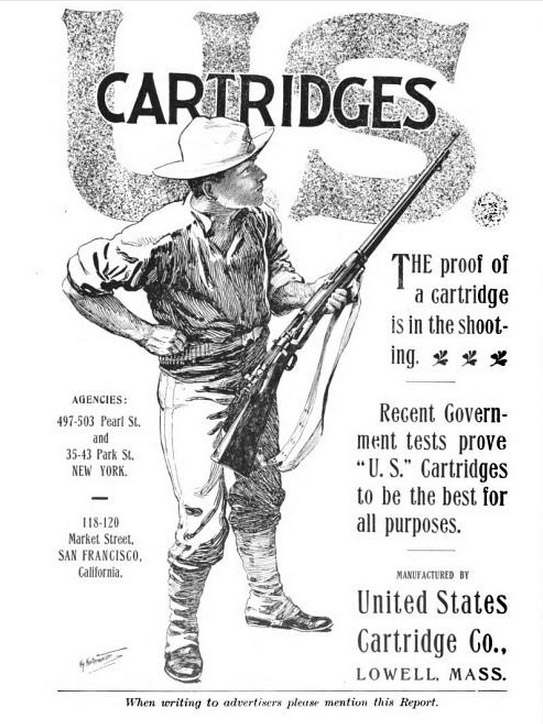 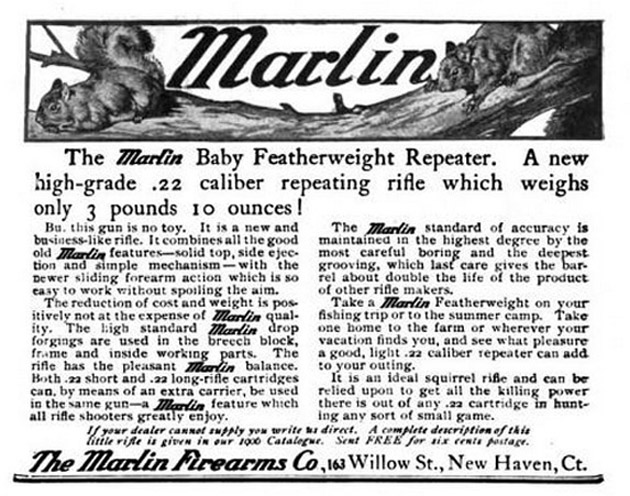 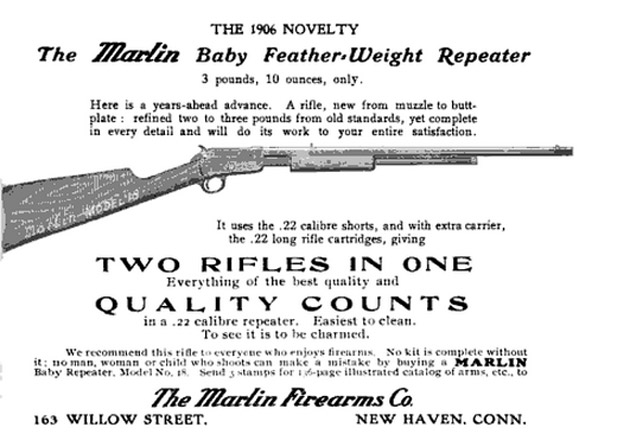 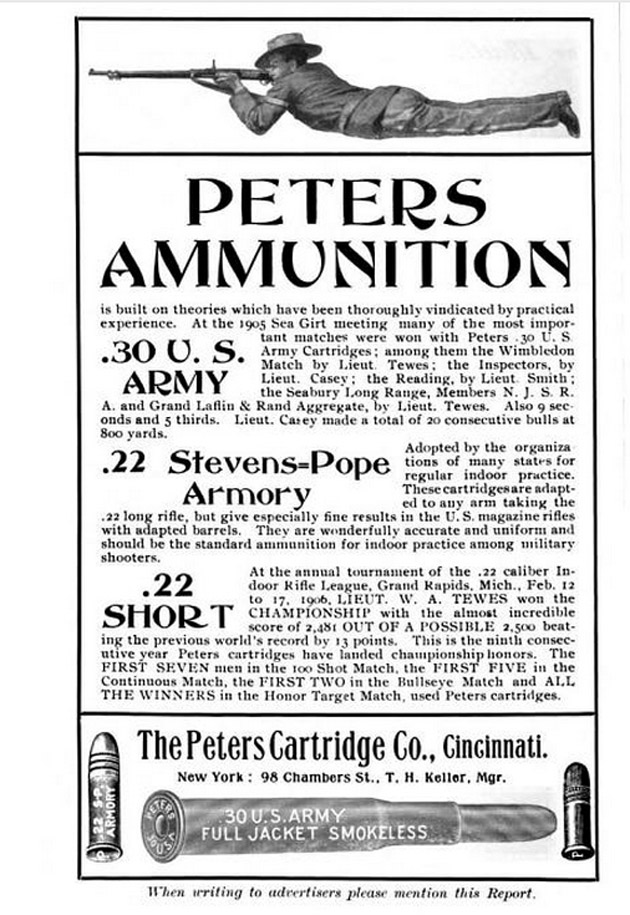