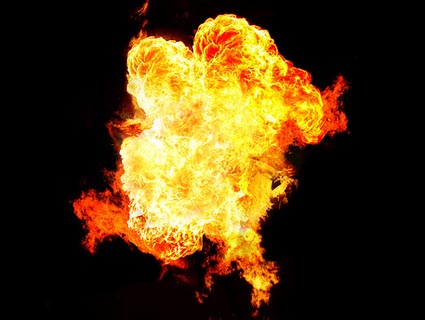 On Friday, a federal appeals court ruled that President Barack Obama’s appointments to the National Labor Relations Board, which regulates and oversees labor disputes, were unconstitutional. The Constitution allows the president to make temporary appointments, called recess appointments, while the Senate is on break—or recess, in DC terms. Obama did make the NRLB appointments while the Senate was on vacation. But Senate Republicans claimed that the Senate was technically still in session over their vacation because they were holding brief, minutes-long meetings over the course of the break. The three judges on the panel—all of whom were appointed by Republican presidents—agreed with the challengers. Now all the decisions Obama’s NLRB appointees made since they joined the board are at risk of being invalidated.

The court’s decision doesn’t just affect labor law: it could also have an impact on the White House’s broader economic agenda. The sweeping ruling throws into question the future of regulatory decisions made by one of the administration’s most aggressive agencies, the Consumer Financial Protection Bureau.

Richard Cordray, the CFBP’s director, was appointed at the same time and in the same manner as the three labor board members. That means the appeals court’s ruling could put the enforceability of his decisions in question, too. Since Cordray’s appointment, the CFPB has set rules preventing mortgage lenders from lying to borrowers about rates, fined credit card companies for violating consumer protection laws, and forced debt-relief services to refund illegal fees they charged to their cash strapped clients.

In other words, the Bureau has done what liberals hoped and Republicans feared: Prevented companies from gouging consumers with the kind of unscrupulous business practices that caused a nationwide economic meltdown four years ago. Although Cordray’s appointment is being challenged separately, Friday’s ruling gives companies impacted by the CFPB’s decisions an opening to argue that some of the CFPB’s actions should be invalidated. Cordray has been renominated as the CFPB’s director, but Republicans could easily filibuster him again.

Last January, when Senate Republicans held their brief vacation sessions, there was little pretense that it was anything more than an obstructionist gimmick: Rep. Dianne Black (R-Tenn.) complained that Obama only put forth the names of his appointments “two days before the Senate recessed for the holiday.” That would be the same recess that the Senate—and now the DC Circuit Court—has said technically didn’t happen. Democrats have tried similar vacation meetings, which are called pro-forma sessions, in the past. But as with the filibuster, Republicans have perfected the practice.

Obama only turned to recess appointments because Republican obstructionism was blocking major government agencies from doing their jobs. The NLRB had no power to make decisions absent at least three of the five members of the board, and the CFPB’s regulatory authority was similarly hampered by the absence of a director. As my colleague Kevin Drum noted at the time, this was nothing less than the Republicans nullifying a duly-passed financial regulatory law they didn’t like.

Friday’s ruling takes the sweeping view that recess appointments made during Senate breaks, like vacations, are unconstitutional. The court found that the recess appointment power can only be used during breaks between Senate sessions—and those only happen once a year, usually over the Christmas and New Year’s holidays. It also holds that the president can only make recess appointments for positions that become open during a recess—as opposed to ones that already were open. The court’s position would invalidate the vast majority of recess appointments made by Republican and Democratic presidents over the course of the last century, including that of John Bolton, George W. Bush’s ambassador to the United Nations.

“That is really a radical position to take,” says Caroline Fredrickson, president of the liberal American Constitution Society. “A president could be prevented from having any of his nominees confirmed.” Fredrickson says she expects the administration to ask the Supreme Court to take up the case as soon as possible.

Here’s the best part: If the decision holds, then Senate Republicans just acquired even more power to block presidential appointments than they already had. Good thing the Democrats decided to cave almost entirely on filibuster reform just a day earlier.