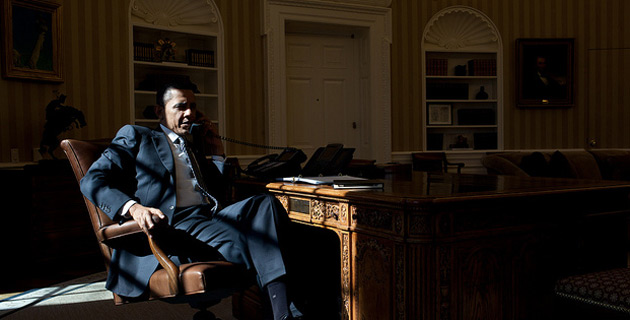 An official White House photo of the moment Obama decided to hatch a plan to fool the world with a story about habitual skeet shooting.Photo by <a href="http://www.flickr.com/photos/whitehouse/8341899156/in/photostream">Pete Souza</a>/The White House

For the past week, you’ve probably heard a lot about President Obama and skeet shooting. Basically, what began as one offhanded remark in an interview with The New Republic has transmogrified into a billow of conspiracy theories, parody, and upsetting political discussion. Here is your guide to Skeetgate 2013:

This all started when Obama told The New Republic in an exclusive interview published online on Sunday, January 27 that he has “a profound respect for the traditions of hunting that trace back in this country for generations,” and that:

[U]p at Camp David, we do skeet shooting all the time.

(In the wake of the Newtown school shooting, the president has been pushing initiatives and legislation aimed at reducing gun violence in America.)

This statement—a bold claim that Barack Obama has looked at, and has even touched, a firearm at any point in his liberal-left lifetime—kicked off a wave of strained credulity on the part of the American right.

At a press briefing on the day after TNR ran the story, White House press secretary Jay Carney responded to a question regarding why there aren’t any publicly available photos of Obama skeet shooting at Camp David. (Carney addressed related skepticism yet again when he spoke with reporters aboard Air Force One exactly one week after.)

Unsurprisingly, Matt Drudge went ahead and did his thing: 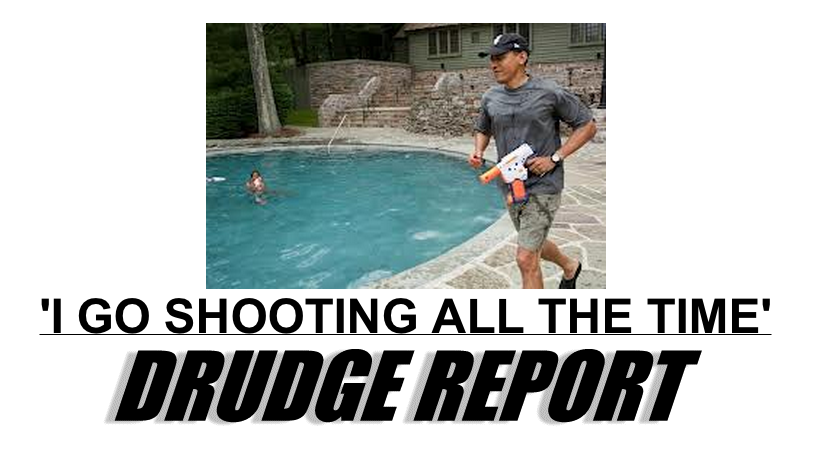 People on Fox News got their snarky and skeptical two cents in: “We all know he’s a bullshooter, but evidently he’s also a big skeetshooter!” The Five host Eric Bolling said with great triumph. OutFront‘s Erin Burnet followed suit on CNN: “Obama: The skeet shooter…I’m not making this up. I mean, if someone is, it isn’t me.” Later in the same program, a doubtful Rep. Marsha Blackburn (R-TN)—who opposes the president’s gun proposals because hammers, automobiles, and hatchets exist—challenged Obama to a skeet-shooting tournament.

The growing school of pundits who believed that Obama flat-out lied and never did anything skeet-related in his life were quickly dubbed “Skeeters,” a play on the term “truther.”

So… did the White House produce any proof of Obama’s skeet shooting?

Yes. On Saturday, the White House released this photo of the president shooting clay targets on the range at Camp David on August 4, 2012: 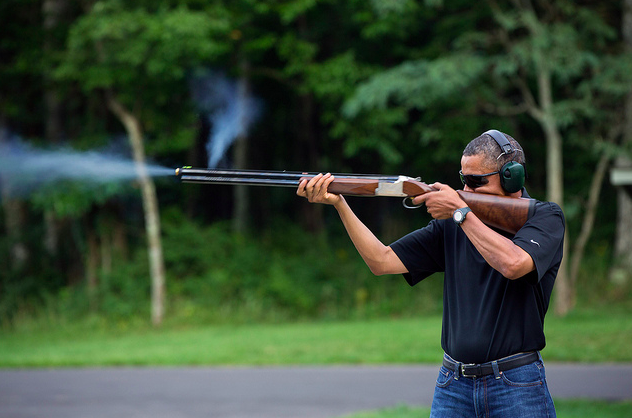 The White House claims it released the photo in order to quell the rumors and the Skeeter conspiracy theories.

Did the photographic evidence make the issue go away? 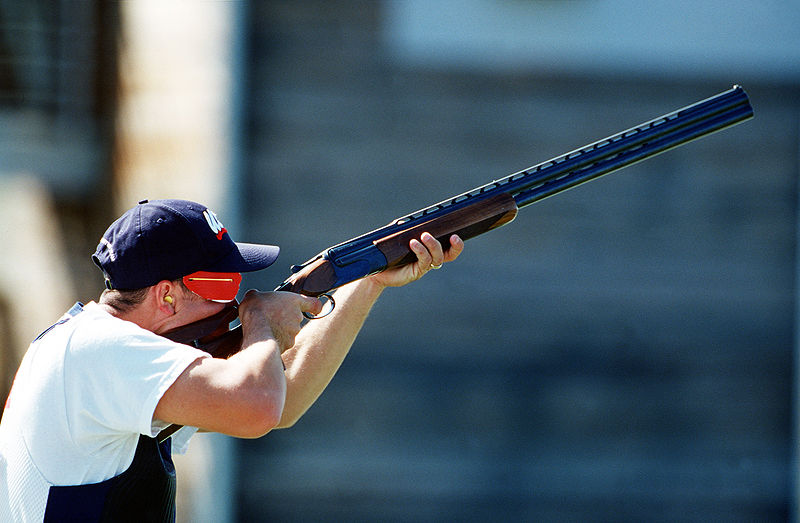 No, never, not at all. If anything, it only inflamed passions: Extreme elements within the conservative online community began analyzing every inch of the otherwise innocuous photograph in an attempt to prove it was somehow doctored or fake. Popular observations target the gun’s smoke pattern, the allegedly awkward manner in which Obama is brandishing the weapon, and the angle at which the gun is being held. (Observe the image on the right for a more acceptable angle.) Critics also took exception with Obama’s claim that he shoots “all the time.”

Hardly. Right-wingers with internet access also had fun commenting on the president’s “beer gut” in the picture, along with enthusiastically highlighting his “mom jeans.” (This is the latest incarnation of the a mild internet fixation on Obama’s “mom jeans“—a meme dating back to the 2008 election.)

The image was also used to paint the president as pandering and out-of-touch with the law-abiding gun owners of America. Here’s Sean Hannity, with guest Ann Coulter, using it as a gigantic banner image on Fox News on Monday night: 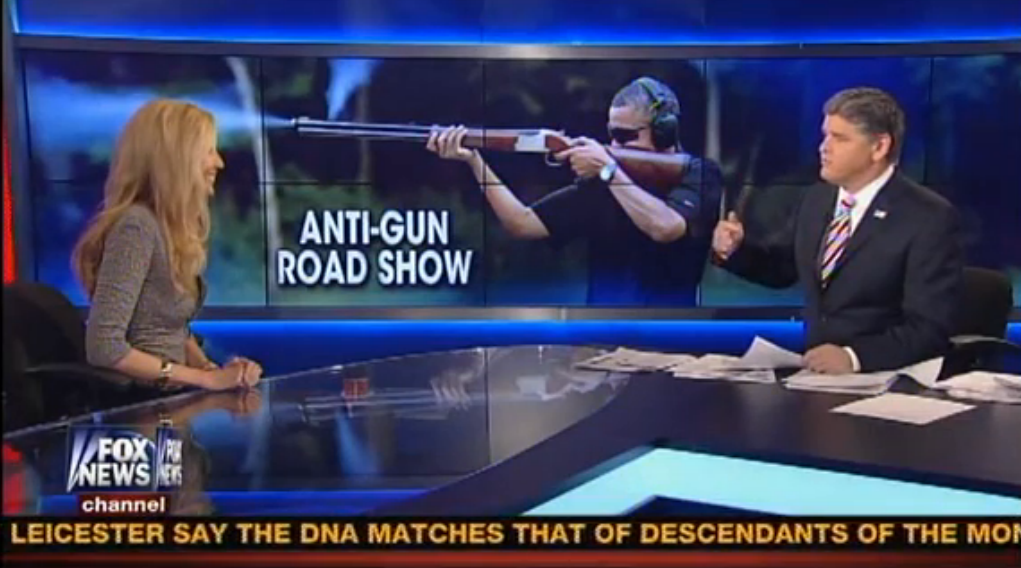 Did people with Photoshop go to town on this White House photo?

Most definitely. The photo was (as is standard with official White House photos) released with a note forbidding online users from manipulating the image. The warning was perceived as an empty threat by everybody who read it, and here’s an example of the tongue-in-cheek parody: 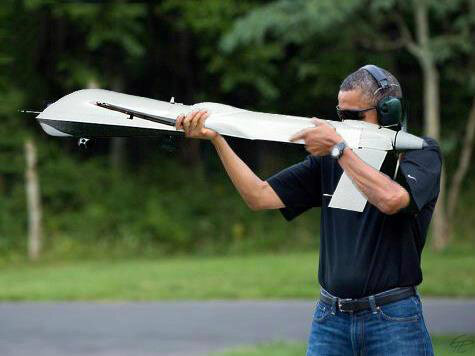 Okay, we get it—Obama fired a gun at least once in his life. Just out of curiosity, what does the National Rifle Association have to say about that?

They could not be less impressed. “One picture does not erase a lifetime of supporting every gun ban and every gun-control scheme imaginable,” Andrew Arulanandam, spokesman for the NRA, said on Saturday, the day of the photo’s release.

What do White House staff, past and present, have to say about Skeetgate?

Former senior Obama adviser David Axelrod was disappointed that the White House didn’t release the photo sooner: “They should have put the picture out earlier. I don’t know why they waited five days to put that out,” he said on an episode of MSNBC’s Morning Joe on Monday. “You know Washington…this thing was cascading, conspiracy theories…I just think they should have shut it down earlier.”

Did this whole affair at increase public awareness of skeet?

Yes, if this Google Trends graph for “skeet” is any indication:

There are a lot of alternative definitions of the word “skeet.” Among other things, the term refers to a non-standard poker hand “consisting of a nine, five, two, and two other cards of denominations below nine but not of the same denomination.” Skeet is also a key component in a certain type of cluster bomb manufactured by Textron Defense Systems. It’s the name of a 7-mile long river in the Tasman Region of New Zealand.

But the relevant definition here is “trapshooting in which clay pigeons are thrown in such a way as to simulate the angles of flight of birds.” Skeet shooting is a competitive sport in which participants wield shotguns and try to shoot disks or clay pigeons that are mechanically launched into the sky at high velocity. It’s a perfectly respectable recreational activity; other American presidents, such as JFK and Dwight D. Eisenhower, have shot their fair share of skeet while in office and at Camp David.

Well, this has all been pretty nuts. Is Skeetgate the craziest Obama conspiracy theory floating out on the internet today? 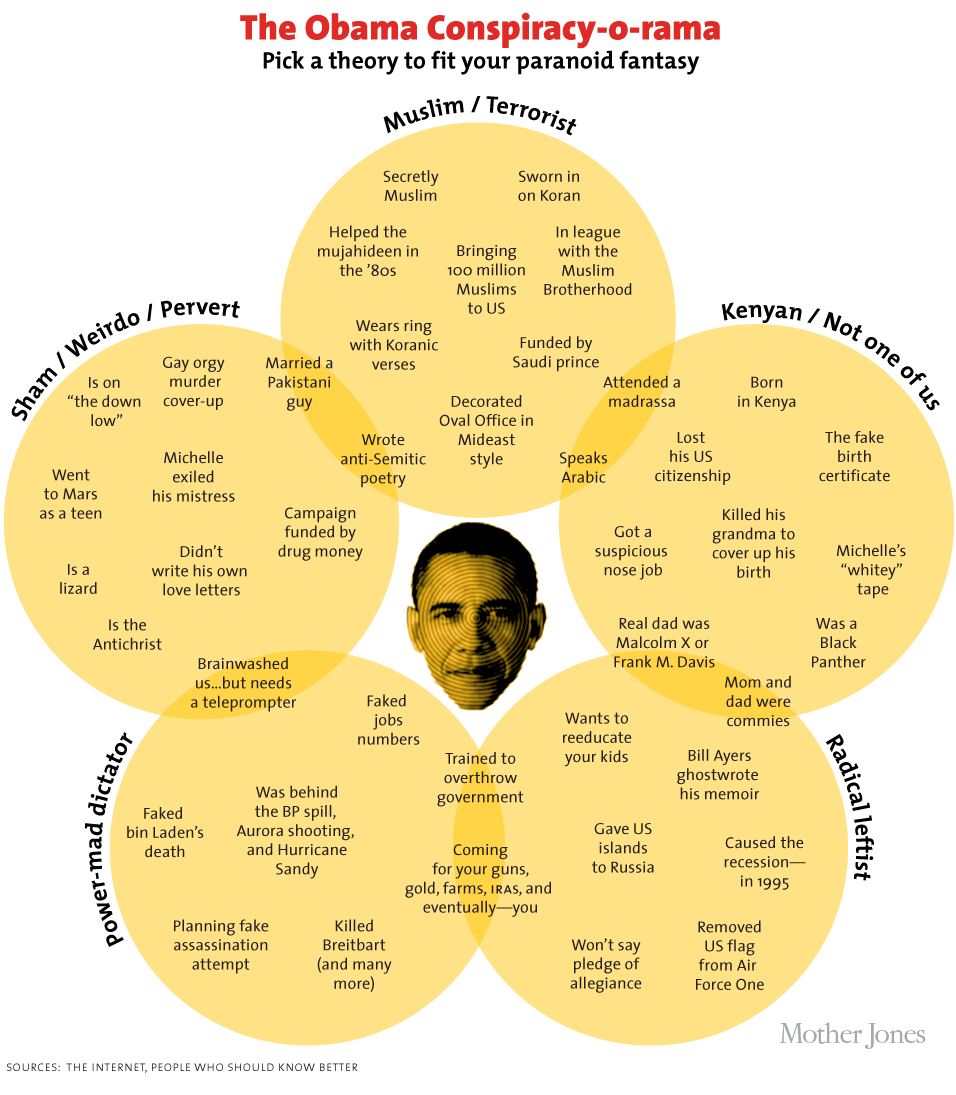