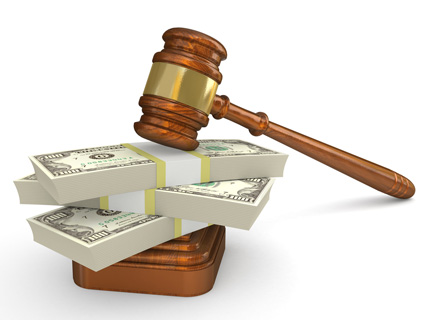 Thanks to the court’s Citizens United decision in January 2010, donors can already give unlimited funds to super-PACs and 501(c)(4) groups, which are ostensibly prohibited from coordinating directly with the candidates they support. However, under federal law, donors are limited to giving no more than a total of $46,200 to federal candidates and $70,800 to parties and PACs during any two-year election cycle. Overturning those limits would not affect how much a donor could give an individual candidate (currently $2,600 per year), but a donor would potentially be able to cut a single multimillion-dollar check to a joint fundraising committee set up to distribute funds to multiple House and Senate candidates and state party committees. That committee could technically funnel the entire donation to a single candidate through a series of transfers.

When the Supreme Court ruled in Citizens United that restricting outside spending violated the First Amendment, it overturned 100 years of legal precedents. If it takes a similar track in McCutcheon, laws limiting campaign contributions that date back to 1974—and affirmed by the court in 1976 in Buckley v. Valeo—would be overturned.

“If the Supreme Court reverses its past ruling in Buckley, the Court would do extraordinary damage to the nation’s ability to prevent the corruption of federal officeholders and government decisions,” Fred Wertheimer, president of the reform group Democracy 21, said in a statement. “It would also represent the first time in history that the Court declared a federal contribution limit unconstitutional.” Democracy 21 has been involved in the McCutcheon case since it was dismissed by a DC district court and subsequently appealed; the group is preparing an amicus brief defending the constitutionality of the current donation limits.

Rick Hasen, a law professor at the University of California-Irvine, told Politico that the outside spending groups that arose from Citizens United made aggregate limits less important but wrote that the “broader significance” of the McCutcheon case is that it could make future constitutional challenges against contribution limits much harder to defeat.

Yet the current justices have shown that they are sympathetic to some limits on campaign fundraising. Justice Anthony Kennedy, the swing vote in Citizens United, argued in 2003 that donor caps on loosely regulated “soft money” were constitutional “under Buckley‘s anticorruption rationale.”