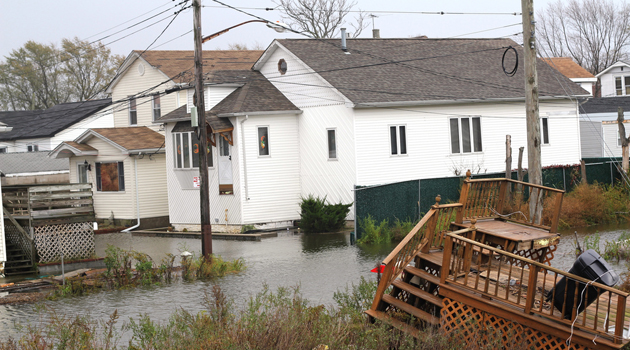 Eighty-two percent of Americans think that we should be doing more to prepare for sea level rise and extreme weather caused by global warming, according to new survey data released by researchers from Stanford University on Thursday. The survey, taken in the wake of the $70 billion in damage caused by Superstorm Sandy, shows strong support for doing more before disasters strike.

The study was conducted by Jon Krosnick, a senior fellow at the Stanford Woods Institute for the Environment. Among the other findings:

“People are least supportive of policies that try to hold back Mother Nature,” Krosnick said. “They think it makes more sense to recognize risk and reduce exposure.”

The survey also found that most respondents felt that coastal homeowners and businesses located in high-risk areas should pay for these measures, rather than the government. Most interesting, however, is that they found that even 60 percent of the respondents who don’t think that climate change is real supported adaptation measures. Adaptation to … whatever it is they think is causing these rising seas and extreme storms, I guess.