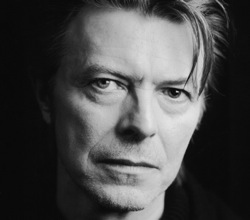 David Bowie
The Next Day
RCA

If you are a person who listens to music, I have to imagine your reaction to the news that David Bowie would be releasing his first new album in a decade was something along the lines of “OMG! OMG! OMG!” with strong undertones of “Oh God, please let it be decent enough not to retroactively ruin Ziggy Stardust.”

The British rock legend faces the classic predicament of artists described as such: how to continue a creative career when everyone secretly just wants to see you back in face paint and six-inch platforms? (Okay, maybe that’s just a predicament of being David Bowie.) To his credit, he hasn’t shied away from the challenge, but rather confronted it head-on with an album title and cover that hint, not too subtly: “Let’s move on.”

The album itself passes the test, if not quite with flying colors: The Next Day doesn’t wow at first listen, but it’s a solid contribution that doesn’t feel out of place with Bowie’s eclectic body of work. The album opens with the title track, an up-tempo, reasonably catchy rocker that has Bowie singing “they can’t get enough of that doomsday song”—a line that for anyone else would amount to jumping on the apocalypse bandwagon, but for Bowie, who was into dystopia before it was cool, marks a return to old themes. Likewise with the slow swagger of “Dirty Boys,” which finds Bowie dreaming of smashing windows and running around town. On “Where Are We Now,” where Bowie waxes nostalgic for Berlin in the ’70s, there’s an obvious potential for things to get horribly banal or unbearably sentimental, but he manages to pull off a subdued, elegiac track that highlights his still-expressive voice. 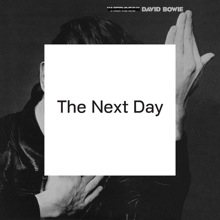 Several songs are strong in parts but don’t quite come together. “If You Can See Me” is a dose of weirder Bowie featuring a strangely offbeat, uneven rhythm overlaid with anxious, borderline paranoid vocals. “I’d Rather Be High” starts off sunnily upbeat but turns out, in a jarringly strange shift, to be an anti-war song of sorts, with Bowie singing “I’d rather be dead/Or out of my head/Than training these guns/On the men in the sand.” On “Boss of Me,” Bowie seems to be attempting to channel Springsteen with notes of sax amidst guitars and yearnings for a “small-town girl,” but he can’t quite pull it off. He’s better in more familiar territory with “Dancing in Space,” a charmingly light tune with a zig-zagging guitar, and “(You Will) Set the World on Fire,” an appropriately spirited rocker.

But let no one say Bowie has gotten sentimental in his golden years; many of the songs are darkly foreboding. Yes, there’s a song called “Valentine’s Day,” but the lyrics speak of a “scrawny hand” and “icy heart.” And it gets bleaker: “I can see you as a corpse hanging from a beam,” he sings on the powerful “You Feel So Lonely You Could Die,” while on grim closer “Heat,” he sings of his father who “ran the prison”—”I can only love you by hating him more.”

Also read: “What Does a Bowie Cover Band Think of the New Bowie Album?“