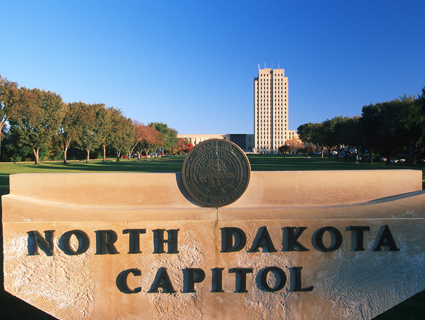 The North Dakota legislature approved the most restrictive abortion laws in the United States on Friday, cutting off abortion access as early as six weeks into a pregnancy. The bill, HB 1456, makes it illegal for doctors to perform an abortion if a heartbeat is detectable in the fetus—something that can happen as little as six weeks after conception. It passed the Senate by a vote of 26 to 17, and will now head to the desk of Republican Gov. Jack Dalrymple.

North Dakota lawmakers have been considering a variety of anti-abortion bills. While this wasn’t their most extreme option—another bill would have outlawed all abortions, period—it does mean that North Dakota now has the most restrictive abortion law in the country. This comes just over a week after Arkansas claimed the crown for most restrictive abortion laws, passing a twelve-week ban.

The law will almost inevitably be challenged in court, as it takes a clear shot at Roe vs Wade‘s protection of a right to an abortion up until the point the fetus is viable. But legal groups challenging state restrictions have a lot on their hands as states undertake what Cecile Richards, the president of Planned Parenthood, called a “state-by-state race to the bottom on women’s health” in an email after the North Dakota vote.