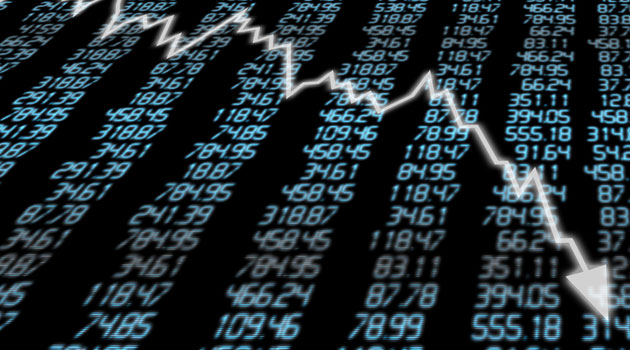 A bipartisan group of four representatives introduced a sneaky little bill Wednesday that would dismantle a huge chunk of the historic financial reform laws enacted after the financial crisis.

The Swap Jurisdiction Certainty Act, introduced by Reps. Scott Garrett (R-N.J.), Mike Conaway (R-Tex.), John Carney (D-Del.), and David Scott (D-Ga.), three of whom sit on the House Financial Services Committee, would allow big banks to shift risky activities to foreign subsidiaries in order to avoid US regulations. Part of the landmark 2010 Dodd-Frank financial reform act requires that derivatives—financial products whose value is based on things like currency exchange rates and crop prices—be traded in public marketplaces, instead of in private. The new bill could exempt foreign companies from these US derivatives rules, which sounds reasonable; the law purportedly just affects other countries. But what it would mean is that huge US-based banks that operate internationally could just do their paperwork through their international arms to avoid US regulations, effectively gutting the section of Dodd-Frank that gave federal regulators the authority for the first time to regulate derivatives such as the credit default swaps that helped cause the 2007 bank failures.

The Commodities Futures Trading Commission and Securities and Exchange Commission were supposed to have finalized the Dodd-Frank derivatives laws into regulations a long time ago, but those governing international trading are still pending. The agencies are supposedly close to final rules now—SEC chair Elisse Walter said earlier this year that finalizing them was a top priority at the agency. But until they’re finalized, the rules are still vulnerable to tweaking, or gutting, by crafty lawmakers. (The proposed Dodd-Frank rule on international swaps already says that countries with truly comparable regulations are exempt from US regs. This bill weakens that by presuming that international rules are comparable and making it hard for the SEC and CFTC to decide otherwise.)

Carney has defended his bill as consumer-friendly and bank-friendly all at once: “Congress and regulators must ensure that we’re protecting American consumers, ending future bailouts and maintaining American competitiveness in an increasingly global economy,” he said in a press release. Garrett was more straightforward about what the bill would do. “Our job creators—millions being crushed by overly burdensome Washington rules and regulations—deserve to be on a fair, level playing field with the international community,” he said.

But last year, when Congress introduced a similar bill, financial reform advocates slammed it. Americans for Financial Reform, a group of national and state organizations that push for common sense financial reforms, wrote an open letter to representatives in May 2012:

The legislation “would create an overwhelming temptation to move swaps business overseas, indeed to the foreign jurisdictions where regulation was most lax compared to the US. In addition to seriously undermining the basic transparency and accountability requirements in the US, such a ‘race to the bottom’ would be a serious blow to the entire international effort to make derivatives markets safer.

Walter has said the derivative rules were the “critical linchpin” of Dodd-Frank because of the “global nature of the market.”

Indeed, says Dennis Kelleher, president and CEO of the Wall Street watchdog group Better Markets. “The CFTC proposed very strong cross-border guidance,” he told Mother Jones. “Even if the CFTC gets all of the other rules correct—if they don’t get the cross-border rules right, then a lot of their other work doesn’t matter.”

Update: After this post was published, a spokesperson for Garrett’s office, Maggie Seidel, got in touch with Mother Jones. She asserted that because the bill “fully and specifically authorizes the SEC and CFTC to regulate” derivatives, if banks are able to dodge strict US regulations in favor of more lax international regulations, the blame would fall on the agencies, not on the bill that Garrett and the other three House members drafted. Kelleher reiterates that the bill “raises hurdles” for the agencies by making it harder for them to label lax international regulations as lax.

Return to the story.