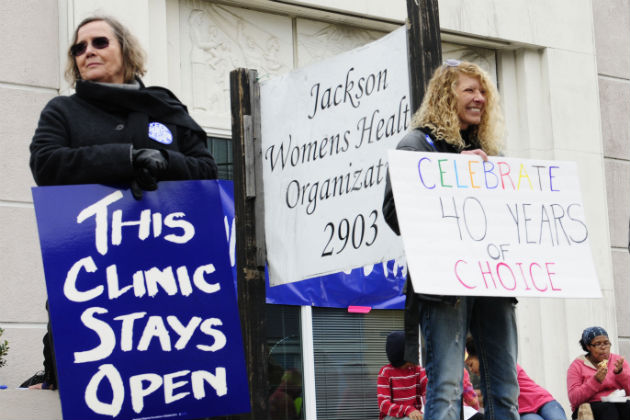 The Alabama legislature passed a bill on Tuesday that will heavily restrict abortion, potentially shutting down all five of the state’s abortion clinics. The state House and Senate passed the bill by votes of 68-21 and 22-10 respectively, and Governor Bentley is expected to sign it soon.

One of the bill’s sponsors, Rep. Mary Sue McClurkin, argued in February that this new law was necessary to protect women because “abortion removes the largest organ in a woman’s body.”

That comment was neither scientifically accurate nor did it explain what Alabama’s Women’s Health and Safety Act is designed to do, so here it is: The bill, which copies legislation passed in Mississippi in 2012, mandates that doctors at abortion clinics have admitting privileges at local hospitals. This gives local hospitals the leeway to flat-out deny doctors these privileges. The doctors at Mississippi’s last abortion clinic, for instance, were rejected at all seven hospitals they approached for admitting privileges.

One of the bill’s sponsors argued the law was necessary to protect women because “abortion removes the largest organ in a woman’s body.”

“[The hospitals] were clear that they didn’t deal with abortion and they didn’t want the internal or the external pressure of dealing with it,” Mississippi clinic owner Diane Derzis told the Associated Press in February.

“The reality is the hospital’s decisions will be based on ideology and politics” in Alabama, Nikema Williams, vice president of Planned Parenthood Southeast, told Mother Jones. “A lot of boards for public hospitals are appointed by the state.”

In Mississippi, litigation filed by the Center for Reproductive Rights has kept the clinic open for now: Last July, a judge blocked the state from penalizing the doctors while they try to secure the new privileges, buying the clinic more time. Williams says she expects women’s rights advocates in Alabama will also head to court to try and keep the state’s last few clinics open.