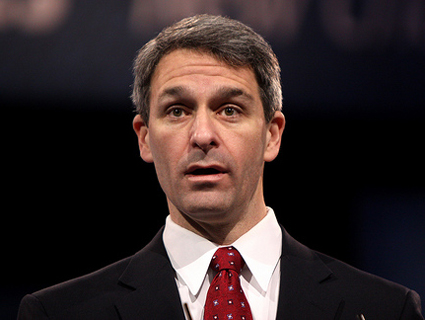 Last month, three judges on the US Court of Appeals for the 4th Circuit deemed a Virginia anti-sodomy law unconstitutional. The provision, part of the state’s “Crimes Against Nature” law, has been moot since the 2003 US Supreme Court decision overruled state laws barring consensual gay sex, but Virginia has kept the prohibition on the books.

Here’s more from the Washington Blade:

Virginia Attorney General Kenneth Cuccinelli has filed a petition with the 4th Circuit U.S. Court of Appeals in Richmond asking the full 15-judge court to reconsider a decision by a three-judge panel last month that overturned the state’s sodomy law.

The three-judge panel ruled 2-1 on March 12 that a section of Virginia’s “Crimes Against Nature” statute that outlaws sodomy between consenting adults, gay or straight, is unconstitutional based on a U.S. Supreme Court decision in 2003 known as Lawrence v. Texas.

A clerk with the 4th Circuit appeals court said a representative of the Virginia Attorney General’s office filed the petition on Cuccinelli’s behalf on March 26. The petition requests what is known as an en banc hearing before the full 15 judges to reconsider the earlier ruling by the three-judge panel.

Mother Jones confirmed that Cuccinelli had filed the request with the court as well. Given that the Supreme Court has already ruled that gay sex is okay and moved on to the question of gay marriage, I wouldn’t expect his appeal to go very far.

This post has been updated to include more details about the case in question.