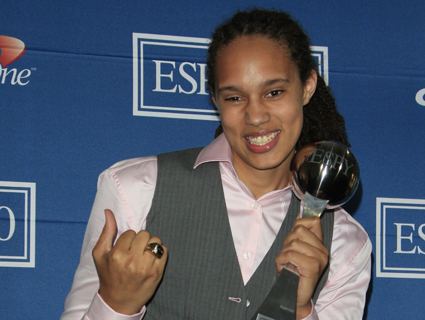 Although his coming out in Sports Illustrated is big news, NBA star Jason Collins is not the “first openly gay athlete in professional North American team sports,” as some have claimed. Claiming as much implies that either women’s sports don’t matter as much (or don’t exist at all), or that coming out is somehow less of a big deal for professional athletes who happen to be women. Here are just a few of them:

There have also been a number of out stars in individual sports—including Billie Jean King and Martina Navratilova in tennis and Orlando Cruz, a professional boxer.

There have also been other male professional athletes in team sports who have come out, even if they’re not in the “big four” professional sports—like Andrew Goldstein, the goalie for Major League Lacrosse’s Long Island Lizards.