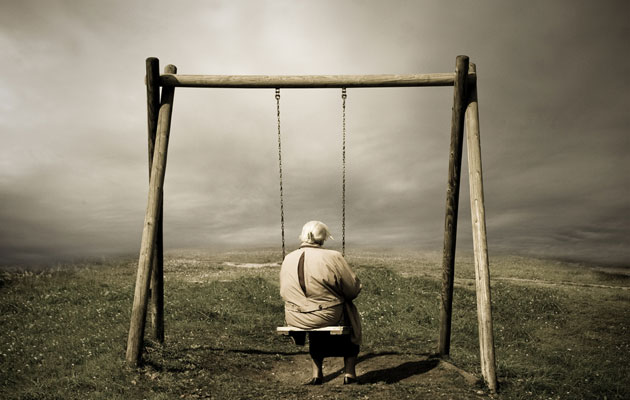 The Social Security cuts in President Barack Obama’s new budget are creating dissension in his base.

Many liberals oppose the president’s proposal to balance the budget on the backs of the old. But a good chunk of the establishment left is sticking by the president’s side, arguing that the cuts aren’t so bad, and that any budget compromise with this Republican House will involve swallowing a bitter pill or two.

Obama’s budget would squeeze old age benefits by changing the way inflation is calculated so that increases in future monthly Social Security payments grow more slowly. Right now, benefit increases are tied to the Consumer Price Index, which tracks the prices of a bunch of consumer products. First Republicans, and now Obama, have proposed changing that to something called chained CPI, a different calculation that ends up producing a lower rate of inflation by accounting for consumers switching to cheaper substitutes when a product’s price jumps. The president’s proposal includes exemptions for the oldest and poorest beneficiaries, but it would cost all other retirees hundreds of dollars in lost benefits every year. The White House estimates the measure will save $230 billion over 10 years.

The left-leaning Center on Budget and Policy Priorities has argued that chained CPI is acceptable—but only if implemented with the exceptions Obama’s budget includes for the most vulnerable, and if it is accompanied by new tax revenues. The CBPP released a report last year titled “Chained CPI Can Be Part of a Balanced Deficit-Reduction Package, Under Certain Conditions,” and reporters have been citing it as proof of liberal support for the plan. The Center for American Progress, one of Washington’s most powerful liberal think tanks, has also backed a switch to chained CPI. (CAP did not respond to multiple requests for comment.)

“I’m not against moving to the chained CPI, but I absolutely wouldn’t go there without the other parts of the deal,” says Jared Bernstein, a senior fellow at CBPP and former economic adviser to Vice President Joe Biden. He says that deal also needs to include the elimination of the across-the-board budget cuts known as sequestration.

Bernstein emphasizes he’s not a huge fan of the proposal, but says it’s part of the political game—a game that Obama is not getting right, he argues. Obama’s chained CPI proposal should have been embraced only as a true concession, not an out-of-the-starting gates offer, Bernstein says. “My game theory says keep your offers off the table until you’ve got their offers,” Bernstein wrote on his blog last week.

The president, CBPP, CAP, and a few Democrats on the Hill may back chained CPI, but many other liberal groups and leaders oppose it. On Tuesday, a group of major progressive organizations, including the National Organization for Women, the Campaign for America’s Future and MoveOn.org, joined Sen. Bernie Sanders (I-Vt.) and Reps. Mark Takano (D-Calif.) and Mark Pocan (D-Wis.) for a protest on Capitol Hill opposing the proposed cuts. More than 2 million people signed a petition presented to the White House the same day opposing the plan. “We’re not going to balance the budget on the backs of elderly, disabled vets, the sick or the children,” Sanders later told Current TV .

“I’ve never seen such a wholehearted and rapid response,” says Monique Morrissey, an economist with the Economic Policy Institute, which opposes the cuts. She calls the CBPP and CAP the “two notable dissenters” that are “much more deficit-hawkish than the mainstream of the progressive movement.”

Liberals have been fighting the administration on chained CPI before it was ever included in the budget. Last year, 107 House Democrats signed a letter saying, “Social Security has not contributed to our current fiscal problems and it should not be on the bargaining table.” Another 30 Democrats in the House signed a similar letter. In November, over 250 economists and social-insurance experts signed a statement opposing the proposal, saying there was “no empirical basis for reducing…Social Security” with the chained CPI inflation adjustment because the elderly experience a higher rate of inflation than the rest of the population.

Dean Baker of the Center for Economic and Policy Research says that switching to the chained CPI would cut about 2 percent of seniors’ retirement income over 20 years. By contrast, the hit that the rich got from Obama’s New Year’s tax increases was only 0.6 percent.

Even CBPP isn’t completely in love with Obama’s big idea. Its president, Robert Greenstein, recently wrote a post highlighting the pros and cons of the chained CPI. “It’s not like we’re throwing our arms around this proposal and giving it a huge hug,” Bernstein insists. Besides, he says, “these negotiations aren’t going anywhere anyway” because of Republican intransigence, so CBPP’s support for the plan won’t matter in the end.

That’s what EPI’s Morrisey is hoping. But she says she’s dismayed Americans have to rely on tea party “crazies” to save them from Democratic entitlement cuts. “It’s really hard to imagine anything worse that the president could do than benefit cuts to vulnerable people,” she adds. “It’s ghastly.”