The classy folks over at Team McConnell posted this status update to the Senator’s Facebook page after the defeat of the watered-down Manchin-Toomey background checks compromise. For a dose of reality, read some of the devastating quotes from the disappointed families of victims of the Sandy Hook and Virginia Tech shootings in Gavin Aronsen’s story on the vote. 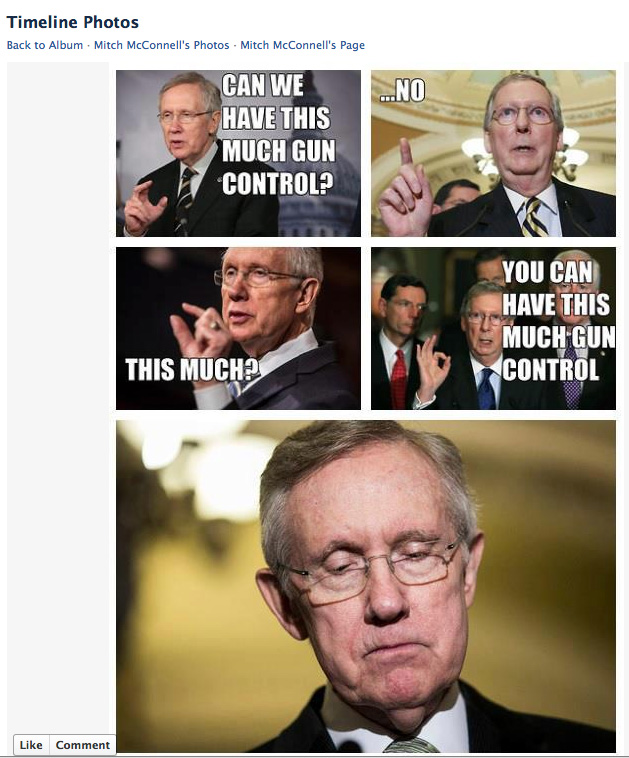 The status message that accompanies the post implies that they didn’t make the meme-style image themselves: 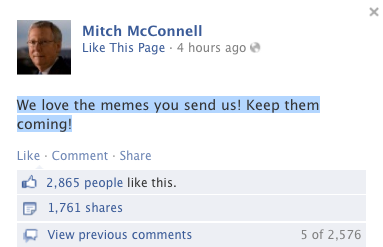 As of 10:00 p.m. EDT the post had not been taken down even as Facebook users posted thousands of highly critical comments.

UPDATE, Thursday, 5pm EDT: Buzzfeed reports that this meme image originated on the Comedy Central Indecision Tumblr and was the work of Comedy Central blogger Ilya Gerner. McConnell’s campaign manager Jesse Benton (of “gestapo” fame) had this to say:

The meme was sent to one of our staffers in an email chain. It made us laugh, so we decided to post on the campaign facebook page.