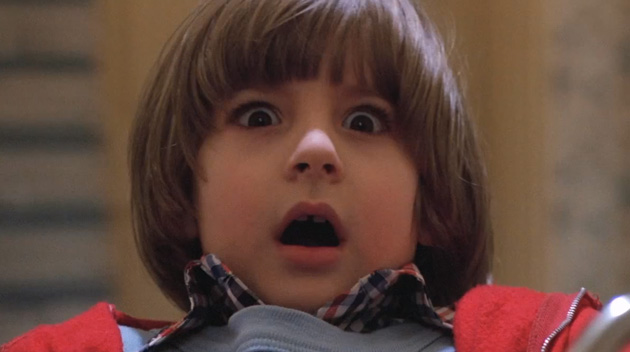 Stanley Kubrick’s classic has been terrifying, thrilling, and utterly confusing fans for over 30 years, leaving viewers groping for answers. What really possessed Jack Torrance? Why did pathological perfectionist Kubrick leave in obvious continuity errors? What’s up with the man-bear-pig? Obsessive fans are still trying to figure out exactly what went down at the Overlook Hotel, zealously poring over the placement of every prop and examining every frame of the film.

Room 237, a new documentary by Rodney Ascher, examines a handful of Shining conspiracy theories posited by both academic cinephiles and tormented laymen. Ascher has his own take—he sees the film as a Faustian homage, pointing to Jack’s deal with the devil for just one glass of beer—but says all of these readings carry weight. “A lot of the ideas can be pretty outrageous, but when you’re talking about a symbolic interpretation of a Freudian horror movie, even things on the surface are pretty crazy,” Ascher said. Here are six of the strangest, most chilling theories about the true meaning of the Kubrick classic:

1. It’s about the massacre of the American Indians. 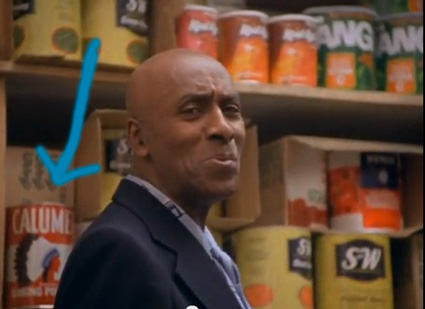 Stuart Ullman, the hotel’s manager, gives the Torrance family a tour of the grounds just before vacating the Overlook for the winter and leaving them to their fate. He casually tosses out that the hotel just happens to sit atop an Indian burial ground. (Not like that’s ever been a problem before.) The film is loaded with Native American symbology, from the Navajo wall hangings in the great room to the pantry stockpile of Calumet baking soda cans, all bearing the brand’s iconic logo: a Native man in warrior headdress. The word “calumet,” notes one theorist, means “ceremonial pipe,” and the cans appear several times when characters are communicating telepathically with each other or plotting with the dead. According to this theory, Danny’s infamous visions of gushing red liquid streaming from the elevators actually represents the souls buried deep beneath the hotel, with the elevator cabin dropping down into the basement like a bucket in a well, delivering a bounty of blood upon its return to the surface. Gross.

2. It’s about the Holocaust.
History professor Geoffrey Cocks is pretty sure The Shining is about the Nazi extermination. So certain, in fact, he wrote a book about it. Part of his theory centers on the uncanny number play throughout the film, especially the number 42. Cocks counted 42 cars in the hotel parking lot, 42 shows up on one of Danny’s shirts, and again in the license plate of Dick Halloran’s rental car as he rushes back to Colorado to try and save the family. If you multiply the numerals of Room 237, (2x3x7), you end up with—you guessed it!—42. And midway through the film, Wendy and Danny watch The Summer of ’42 on a television set which, by the way, isn’t even plugged into the wall! Cocks says all of this half-hidden numerology is meant to evoke the year 1942, the same year the Nazis launched their campaign for the Final Solution.

3. It’s about the nightmare of history.
“History…is a nightmare from which I’m trying to wake,” wrote James Joyce. One theorist claims the dreamlike film is Kubrick’s meditation on the weight of all of history on the present moment. Wrap your mind around that one, feeble moviegoer. Past and present merge constantly in the film, in Dick Halloran’s message to Danny that supernatural visions are just pictures of the past, and Jack Torrance’s possession by ghostly former guests of the hotel. The last frames of the film focus on a vintage photo centering on Jack, impossibly enjoying himself at a party at the Overlook in 1921. The only way to escape the terror of the past is to not repeat it, retracing one’s steps to find another path. The film ends on a similar note, as Danny backtracks through the hedge maze, covering his tracks to escape his father’s fate.

4. Hey Greek Geeks: It’s Theseus and the Minotaur!
Kubrick’s story liberally tweaks the Stephen King novel it’s based on, the hedge maze being one of the biggest additions. The leafy labyrinth reminds one theorist of the Greek myth of the Minotaur, a creature that is part-man, part-bull living at the center of a massive cavelike maze. The hotel itself is eerily mazelike; when the video-game producers behind Duke Nukem 3-D set out build a game level mirroring the layout of the Overlook, they discovered the hotel had an impossible layout, with entryways appearing on opposing walls in different scenes, and rooms buried deep within the heart of the building whose windows look out onto magnificent mountains. To further the minotaur theory, playwright Juli Kearns, who has obsessively mapped the Overlook’s floor plan, points to repeated images of Jack Torrance looking oddly taurine, his forehead jutting and eyes rolling wildly, like a bull about to go berserk.

5. Kubrick is coming clean about helping the government fake the moon landing.
While the most truther-y of all the theories, the arguments for this reading are some of the Room 237’s most compelling. One theorist is convinced that the US government contracted the 2001: A Space Odyssey director to deliver fake shots of Neil Armstrong walking on the moon. Never mind the Calumet—look at all that Tang in the pantry! When Danny plays alone in one of the corridors and a yellow tennis ball mysteriously rolls toward him, he backs up and is revealed to be wearing an Apollo 11 sweater. He then makes the journey to room 237, the number being representative of the distance from the earth to the moon, about (but not exactly) 237,000 miles. In this theory, Jack’s tirade against Wendy when she begs to bring Danny down the mountain is actually Kubrick arguing with his own wife when she discovers the role her husband played in the deception of the American people: “Does it matter to you at all that the owners have placed their complete confidence and trust in me, and that I have signed a letter of agreement, a contract, in which I have accepted that responsibility?” Jack Torrance/Stanley Kubrick roars. 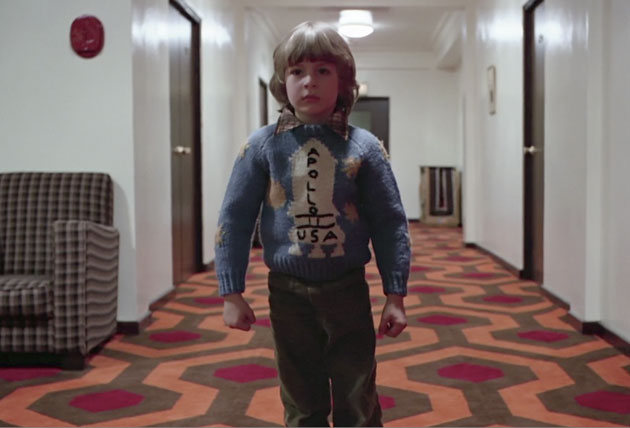 6. It’s all about the coincidences of life.
One of the creepiest theories of all is that mad genius Kubrick managed to imbue his film with so much ambiguous Freudian symbolism that it taps into essence of life itself. The use of mirrors through out the film, the twins, the symmetry of the shots and the constant doubling throughout the film are meant to be reflective of our own interior lives. Several of the theorists talk about weird coincidences that they personally experienced while spending countless hours watching and thinking about The Shining. In fact, this may be the theory that director Ascher most prescribes to. He told me he finds it incredibly serendipitous that his documentary is coming out the same year as the Los Angeles County Museum of Modern Art’s Kubrick retrospective, and Stephen King’s publication of Doctor Sleep, a Shining sequel with Danny Torrance as a middle-aged man. In fact, during our interview, as we talked about coincidences, Ascher looked over at the clock in his office and realized it was exactly 2:37 p.m.