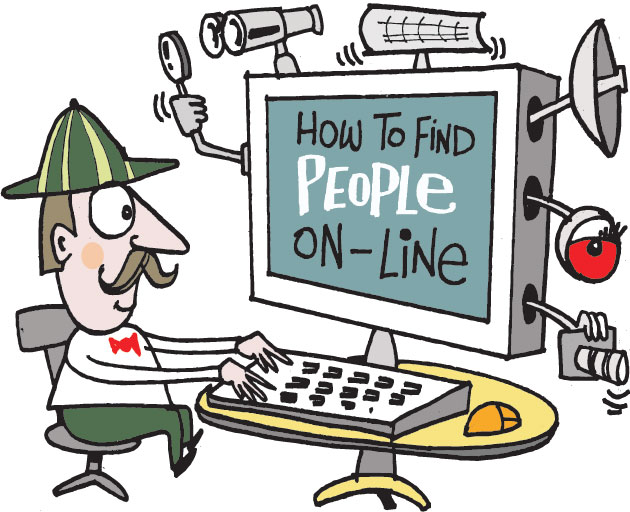 On Monday, three days after Boston police arrested 19-year-old Dzhokhar Tsarnaev in connection with the Boston Marathon bombings, Reddit general manager Erik Martin issued an apology. It had not been the best of weeks for his online community. Law enforcement officials had explained that one of their motivations for releasing surveillance camera footage of the Tsarnaev brothers was to put an end to the wild speculation on sites like Reddit, where anyone with a backpack was being floated as a possible suspect. Redditors never came close to identifying the Tsarnaevs, instead casting their suspicions on a missing Brown University student named Sunil Tripathi. (Tripathi was found dead in the Providence River on Thursday morning.)

Martin was contrite. “[S]ome of the activity on reddit fueled online witch hunts and dangerous speculation which spiraled into very negative consequences for innocent parties,” he wrote, referring to a smaller sub-community, or subreddit, on his site that was devoted to catching the Boston bombers. “The reddit staff and the millions of people on reddit around the world deeply regret that this happened.”

Redditors have, for years, worked to use the resources of crowds as a force for good. There’s an entire subreddit dedicated to Redditors ordering pizzas for families and raising money for surgeries. But Boston represents a reality check. Can Reddit harness its greatest asset—the tireless brainstorming of millions—while reining in the speculative impulse that makes the site tick? And even if Reddit could solve crimes, would it be worth it?

Reddit’s powers of sleuthing didn’t begin with Boston. The idea for the Reddit Bureau of Investigation subreddit came in 2012, after 17-year-old Amarillo High School senior Haley Wilson went missing. Her father, Ray, posted notices on Facebook, Twitter, and YouTube (where his video got 1.1 million views). A notice was also posted to Reddit by a user with the handle everhood13, with the heading, “One of my students went missing after Christmas. Please spread this. We are all worried about her.” The post received 1,594 upvotes. One week later police in Carlsbad, California, pulled over Haley’s car and shortly after that, Ray Wilson was reunited with his daughter. Mischief managed.

Reddit had played a marginal role at best in amplifying the case, but it offered a glimpse of the community’s approach to problem-solving. One user attempted to calculate Haley’s approximate location using her estimated cash-on-hand and the gas mileage associated with the make and model of her car. Another suggested the father hack her computer. “[I] think you should get some contact info for her father and then find someone on /r/netsec to remote desktop into her pc and start digging thru her internet search tracks,” read the most up-voted comment.

That gave Redditors an idea: Why not turn the site into the world’s largest detective squad?

It also gave Redditors an idea: Why not turn the site into the world’s largest detective squad? So they launched the RBI, with the aim “to use the power of Reddit to solve crimes/mysteries and catch criminals.” The subreddit has 11,133 subscribers and 775 unique threads on everything from missing laptops to homicide. A hit-and-run in Northern Virginia went unsolved, with the site’s big lead—”The car that hit your mother was either blue, or had a blue license plate”—failing to pin down a suspect. A decade-old murder in San Lorenzo, California, has likewise gone uncracked.

But Martin pointed to one recent example in which Redditors did come through. In December a user named Meatheaded posted a photo of a piece of a headlight he’d found at the scene of a hit-and-run, along with a question: “any idea what it belongs to?” Some 435 comments later, users eventually pinpointed it as a piece of a gray 1991 Cadillac Brougham, and Meatheaded did the rest.

“I sent a link of my findings (thanks to you guys) to the Auto Theft unit. So you guys know, on the original accident the suspect was identified after he was seen yelling out the window that the car was stolen, but we could never find the car. So not only will he go down for several traffic crimes but it looks like Auto Theft as well, assuming the damage matches. You guys ROCK!”

Prior to Boston, Reddit’s most high-profile case came from within its own ranks. A user posting under the name Naratto had used a photo of a sad-looking bear (a meme known as “confession bear”) to declare that he had killed his sister’s ex-boyfriend “with his own drugs while he was unconscious and they ruled it as an overdose.” When Redditors began to take him seriously, Naratto insisted it was just a bad joke, but ABC News reported that California police were investigating the matter. That investigation is pending.

If Reddit is uniquely positioned to push unsubstantiated theories, it’s also well placed to cut through bullshit. Indeed, few sites do it better. As Redditors were examining photographs of Boylston street for suspicious-looking individuals (which they found in spades) and implicating an innocent, now-deceased Brown University student in mass murder, they also managed to debunk a New York Post front-page scoop. When the tabloid reported that a Saudi man seen near the finish line was considered a suspect in the bombings. Redditors noted that the teenager was a long-distance runner at Revere High School.

The best example of what Reddit could be—if it became a bit less like Reddit, that is—is a site called websleuths.com. Founded in 1999, Websleuths has become a haven for amateur investigators who spend their free time using public records to crack cold cases. It works like most any other online forum. Users create accounts and subscribe to different subject threads—in this case, relating to different cases that come in—depending on their interests.

Susan Bray, an assistant professor of counseling at Wichita State University, started using Websleuths under the pseudonym when she was unemployed and looking for work. She developed a rapport with another user, Cathy Rhodes, a car dealer from Augusta, Georgia, and realized they had a knack for connecting unclaimed bodies to their next-of-kin. Her track record has led some police departments to reach out to her directly when they need an extra set of eyes. The Department of Justice has looked to capitalize on the internet hive mind by setting up a site, claimus.org, for people to identify unclaimed bodies.

“It’s not a Reddit problem. It’s a public perception problem.”

The most high-profile example of Websleuth’s utility was the 2009 murder of Abraham Shakespeare, a Florida laborer who won $32 million in the lottery. Police speculated that Shakespeare’s financial adviser, Dee Dee Moore, might have had information about Shakespeare’s disappearance. Websleuths began digging, prompting Moore to register for the site under an anonymous name to defend her actions. “She came back to me in an email and said I don’t know who is posting it, that wasn’t me, and I said, ‘That’s funny the IP address in this email matches the number of your computer,'” recalls Tricia Griffith, who has co-owned the site since 2004. “I had a detective call me up and say this is just great.” Moore was eventually convicted.

When police were investigating Casey Anthony for the alleged murder of her daughter Caylee, a Websleuther used Florida open-records laws to obtain cellphone records for Anthony, and used the ping-data—when the phone sent a signal to the cell tower—to create a map of where she had traveled.

Websleuths can be relentless, but they also set clear limits. Users are prohibited from providing personal information unless a suspect has already been identified by media outlets. And the forums serve mostly as a place to drop in a quick update on what folks are working on; more speculative ideas are tossed out in private emails. “We don’t try to solve cases,” Griffifth says. “We don’t set out like Jessica Fletcher [of Murder, She Wrote] or any of those types of TV people.”

This is, at least in theory, already the case at Reddit. The site’s rules note that “Witch-hunts and the posting of personal information are forbidden”—something Martin drew attention to in his written apology. But it wasn’t followed after the Boston attacks.

Bad press notwithstanding, Redditors are unfazed by their handling of the Boston bombings. And at least some folks are happy to make the tradeoff that comes with posting a request at the Reddit Bureau of Investigations. One of the most recent posts on RBI right now is from James Renner, a reporter and crime novelist who’s currently working on an investigation of the 2004 disappearance of University of Massachusetts student Maura Murray.

Renner sees Reddit’s marathon work as a force for good. “What you’re seeing…is what has always happened inside the writers’ dens of newspapers,” says Renner. “We’ve always been able to cast suspicion on people inside our office, to bounce ideas off other journalists, in order to focus our investigations. The internet has merely brought that process of reporting to light. They’ve made it public. And there’s nothing wrong with that.

“It’s not a Reddit problem,” Renner says. “It’s a public perception problem. Readers need to understand that this is part of the process of reporting and not to attach stigmas on the people identified in the posts. And I believe this will happen with time. It’s just very new right now.”