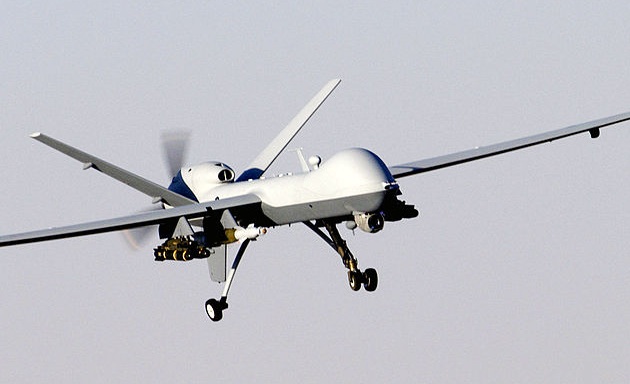 A week ago, activist Farea al-Muslimi was live-tweeting the aftermath of a drone attack on his childhood village of Wessab in Yemen. Monday, he was testifying before a Senate subcommittee on the legality and impact of the Obama administration’s targeted killing program. It was the first time Congress has heard from a witness with anything close to first-hand experience with being on the receiving end of a drone strike.

Last week’s strike killed Hameed al-Radmi, described by the US government as an Al Qaeda leader, and four suspected militants. But Muslimi told the Senate that Radmi had recently met with Yemeni government officials, and could easily have been captured, rather than killed in a strike that alienated everyone in the village.

“[A]ll they have is the psychological fear and terror that now occupies their souls,” Muslimi said of the residents of Wessab. “They fear that their home or a neighbor’s home could be bombed at any time by a U.S. drone.” President Obama received some backup from an unlikely source—Sen. Lindsey Graham (R-S.C.), who has spent the last week criticizing the Obama administration for handling the suspect in the Boston Marathon bombings in civilian court. Graham said although he would prefer to capture terror suspects, Yemeni officials couldn’t be trusted to apprehend them. “The world we live in is where if you share this closely held information you’re going to end up tipping off somebody,” Graham told Muslimi.

The United States has carried out 64 drone strikes in Yemen since Obama took office, according to the New America Foundation. The Obama administration did not send a witness to the hearing to defend its targeted killing policy despite promising greater transparency, but Obama has previously defended the targeted killing policy by stating that lethal force is only used in “a situation in which we can’t capture the individual before they move forward on some sort of operational plot against the United States.” Critics of the policy, which include former members of the Obama administration, have said that the policy creates more enemies than it eliminates.

That was Muslimi’s take. “The drones have simply made more mistakes than [Al Qaeda in the Arabian Peninsula] has ever done with civilians,” he told the Senate panel. “The drones have been the tool they have used to prove [ordinary Yemenis] are at war with the US.”