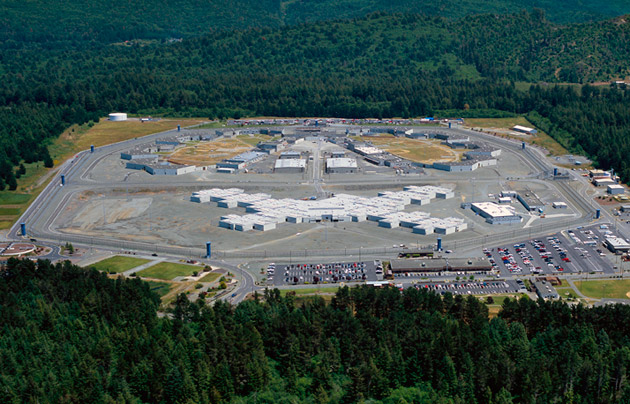 Lush surroundings, which those in solitary may never see California Department of Corrections

We will be rolling out the remaining profiles in the coming days, complete with photos and video. Our sixth contender is a California fortress of isolation where it’s easy to find yourself in the hole, and extremely hard to get out of it.

More than 500 Pelican Bay prisoners have been in solitary in excess of a decade. Nearly 80 have been there more than two.

The basics: California leads the nation both in its overall prison population and in the number of prisoners in solitary confinement—about 11,000 men and women on any given day. At Pelican Bay, the state’s first and most notorious supermax, the 1,500 occupants of the Security Housing Unit (SHU) and Administrative Housing Unit spend 22.5 hours a day alone in windowless cells measuring about 7 x 11 feet. The remaining 90 minutes are spent, also alone, in bare concrete exercise pens. With no phone calls allowed, and only the rare noncontact visit, these prisoners, like those at ADX and Texas’ Allan Polunsky Unit, can only access the world outside their cells via their “feeding slots.” And their only interactions with fellow prisoners consists of shouting through steel mesh—until the guards order them to shut up. 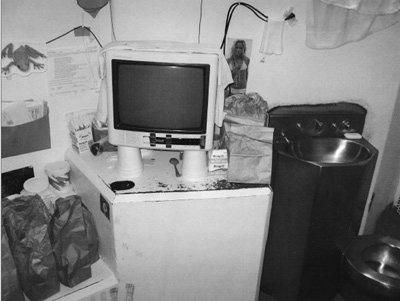 More than 500 Pelican Bay prisoners have lived in the SHU in excess of a decade, nearly 80 have been there for more than two decades, and one prisoner recently marked his 40th year in solitary. Two-thirds of these prisoners are serving indeterminate stints in the hole—not because of any misbehavior, but because corrections staff have labeled them gang members or “associates.”

A 2012 Mother Jones investigation by Shane Bauer found that many of the racially charged gang “validations” were based on the prisoners’ reading materials (Karl Marx and George Jackson), writings (advocating prisoners’ rights or “Afro-centric ideology”), and drawings (such as Aztec symbols). “One inmate’s validation includes a Christmas card with stars drawn on it—alleged gang symbols—among Hershey’s Kisses and a candy cane,” Bauer wrote. Others are validated on the say-so of prisoners who snitch—which until very recently was one of the only ways to get out of the SHU. The other was to die.

The backlash: In 2011, a group of men in Pelican Bay’s SHU protested their conditions by launching two three-week hunger strikes that eventually spread throughout the state prison system, but resulted in scant change. (By the end of February, California had reviewed the status of 144 of its 11,000 prisoners in solitary, and released 78 of them back into the general population. An additional 52 were admitted to a “step-down program,” which will take a minimum of four years to secure their release from solitary.)

Last May, the Center for Constitutional Rights and other advocacy groups filed a lawsuit on behalf of a group of hunger strike participants who “reported viewing the possibility of death by starvation as a worthwhile risk in light of their current situation.” SHU prisoners have promised to renew their hunger strike this July—read their letter to the authorities here (PDF).

Read: “The Lost Boys.” Here’s what happens when you house juvenile prisoners in a SHU.