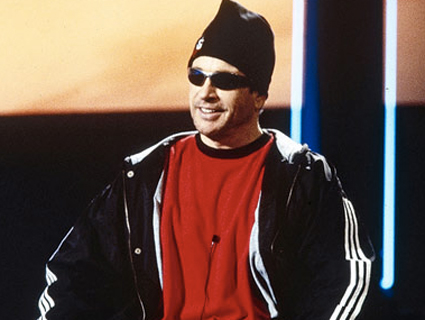 “I would love to see Barack Obama be Bulworth.” — actor Sean Penn, on Piers Morgan Tonight in Oct. 2011.

On Tuesday night, the New York Times ran a story examining the contrast between President Barack Obama’s vision for his second term and the apparent deluge of scandal (and non-scandal) that has swamped the White House for the past weeks. The piece quotes Obama insiders and runs down bullet points for a second-term agenda, but the bit that’s gotten the most attention (at least on Twitter and among the Washington news media) is the president’s reference to a Warren Beatty political satire:

In private, he has talked longingly of “going Bulworth,” a reference to a little-remembered 1998 Warren Beatty movie about a senator who risked it all to say what he really thought. While Mr. Beatty’s character had neither the power nor the platform of a president, the metaphor highlights Mr. Obama’s desire to be liberated from what he sees as the hindrances on him.

At the White House Correspondents Association dinner last month, he bristled at the idea that he should be pattern himself after Michael Douglas’s assertive character in “The American President.” Turning to Mr. Douglas, who was in the audience, he jokingly asked what his secret was. “Could it be that you were an actor in an Aaron Sorkin liberal fantasy?” Mr. Obama asked.

(The irony here is that both films bear the mark of writer Aaron Sorkin. The American President—which Sorkin wrote while high on crack cocaine—is a hilariously optimistic look at liberal politics in America that inspired much of Sorkin’s successful NBC series The West Wing. And although Bulworth had three other credited writers—including Beatty—Sorkin served as an uncredited script doctor, and it shows.)

For those unfamiliar with the film, Bulworth is a middle-aged, cynical, and suicidal Democratic lawmaker who is in the pocket of health insurance companies. Shortly after hiring an assassin and putting a hit out on himself, he drunkenly embarks on his reelection campaign with a newfound, smirking nihilism that manifests itself in the form of politically incorrect straight talk about the US health care system, poverty, Newt Gingrich, American intervention in the Middle East, and so on. His political ballsiness quickly earns him a sharp spike in popularity and the privilege to make out with Halle Berry in front of the campaign press corps.

Also, the straight talk often involves Warren Beatty performing original and topical rap music in public, including this “Big Money” song in which he trolls the right by slamming the oil industry and promoting “socialism.” Here’s an excerpt from the scene:

It’s safe to assume that the president did not mean to say that, in the face of recent outrages and pervasive Republican obstructionism, he regularly fantasizes about drunkenly spitting pro-socialist rhymes at high-profile fundraisers. It’s merely an expression of the perfectly understandable desire of any American president to (on occasion angrily) tell it like it is, rather than be bound by the decorum of the office. “Probably every president says that from time to time,” David Axelrod, a longtime Obama adviser, told the Times. “It’s probably cathartic just to say it. But the reality is that while you want to be truthful, you want to be straightforward, you also want to be practical about whatever you’re saying.”

The pop-cultural reference provoked some snark and mockery from reporters and commentators on the internet. But with the lousy few weeks the White House has been experiencing, it’s mildly surprising the president didn’t express a private fantasy about “going James Marshall“: