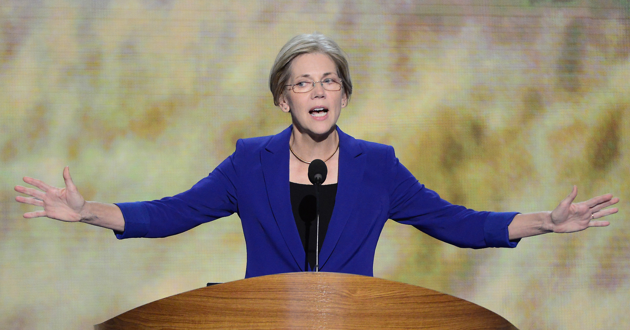 On Tuesday, fierce consumer advocate and needler of banks Sen. Elizabeth Warren (D-Mass.) called out Wall Street regulators for their habit of giving tepid punishments to misbehaving banks, and asked the agencies to justify their policy of settling with the wrongdoers out of court.

Warren sent a letter to the Justice Department, as well as to the Securities and Exchange Commission and the Federal Reserve, asking them for evidence on how a settlement that doesn’t require a bank to admit guilt would be better policy than taking the bad apple to trial. If regulators at least show that they are willing to play tough, she argued, it will help deter bad behavior and allow regulators to negotiate bigger fines in the event of a later settlement.

Here are a few snippets:

There is no question that settlements, fines, consent orders, and cease and desist orders are important enforcement tools, and that trials are expensive…But I believe strongly that if a regulator reveals itself to be unwilling to take large financial institutions all the way to trial…the regulator has a lot less leverage in settlement negotiations and will be forced to settle on terms that are much more favorable to the wrongdoer…If large financial institutions can break the law and accumulate million in profits, and if they get caught, settle by paying out of those profits, they do not have much incentive to follow the law.

Warren’s letter follows a similar request she made to another banking regulator, the Office of the Comptroller of the Currency, at a February Senate Banking Committee hearing. When agency officials couldn’t answer Warren’s question about the last time they took a financial institution to trial—some said it was unnecessary—she asked them to pony up any research it had on the trade-offs of settling versus going to trial. Last week, the OCC responded that it had no such research. So Warren decided to take the question to some of the other Wall Street regulators.

“If you’re caught with an ounce of cocaine, you’re going to go to jail,” Warren said. “But if you launder nearly $1 billion for international cartels…you go home.”

In recent years, major US financial institutions have been caught, among other things, cooking their books, committing fraud, financing terrorists, and laundering money, and many walked away with little more than a wrist-slap. Last year, for example, the Justice Department declined to prosecute HSBC for years of money-laundering violations, levying a fine instead. In March, Attorney General Eric Holder, speaking before the Senate Judiciary Committee, conceded that the size of the banks, at least in the view of the administration, warrants some degree of impunity—that some banks are “too big to jail.”

The same month, at a hearing on bank money laundering, Warren pointed out the absurdity of Holder’s position. “If you’re caught with an ounce of cocaine, you’re going to go to jail,” she said. “But if you launder nearly $1 billion for international cartels and violate sanctions [as HSBC did], you pay a fine and you go home and sleep in your own bed at night.”

Financial-reform advocates are happy with Warren’s refusal to let the issue fade. “Warren is doing a great public service by repeatedly raising the critical question of why no one in this country will prosecute crimes on Wall Street,” says Dennis Kelleher, who heads the financial reform advocacy group Better Markets. “A democracy cannot last long when there’s a double standard for justice where the rich, powerful, and well connected get away with crime, and everybody else gets the book thrown at them.”