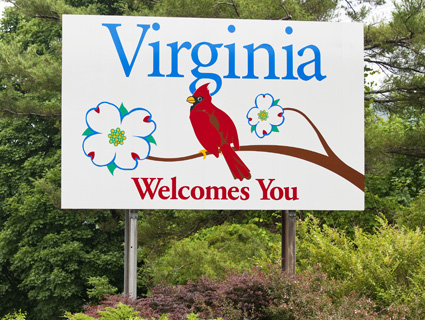 On Saturday, Virginia state Sen. Mark Obenshain clinched his party’s nomination for attorney general in the November election. And much like the rest of the GOP ticket, he’s got some baggage. ThinkProgress swiftly unearthed a bill he authored in 2009 that would subject women to legal penalties if they fail to report a miscarriage to the police.

Here’s the relevant portion of his bill:

When a fetal death occurs without medical attendance upon the mother at or after the delivery or abortion, the mother or someone acting on her behalf shall, within 24 hours, report the fetal death, location of the remains, and identity of the mother to the local or state police or sheriff’s department of the city or county where the fetal death occurred. No one shall remove, destroy, or otherwise dispose of any remains without the express authorization of law-enforcement officials or the medical examiner. Any person violating the provisions of this subsection shall be guilty of a Class 1 misdemeanor.

The penalty for a class 1 misdemeanor is up to 12 months in jail and $2,500 in fines. Obenshain’s deputy campaign manager, Jared Walczak, told the Huffington Post that the bill (which never passed) was in response to a 2008 case in which a Virginia college student disposed of her reportedly stillborn baby in a dumpster:

“As sometimes happens, the legislation that emerged was far too broad, and would have had ramifications that neither he nor the Commonwealth’s attorney’s office ever intended,” Walczak said. “Sen. Obenshain is strongly against imposing any added burden for women who suffer a miscarriage, and that was never the intent of the legislation.”

Thinking through the legal ramifications of a proposed law seems like it should be standard procedure for someone who wants to be attorney general, but maybe I’m too optimistic.

Obenshain’s nomination is only the latest outgrowth of Virginia’s vagina obsession, though. In 2012, the state passed an invasive ultrasound law and set ultra-strict new building codes for abortion providers. Rev. E.W. Jackson, the party’s nominee for lieutenant governor, has compared Planned Parenthood to the KKK. And then, not to be outdone, there’s attorney general Ken Cuccinelli, the Republican gubernatorial nominee, who thinks abortion is just like slavery.