It’s not quite summer, but the silly stories have started, and you may have heard about a certain JCPenney billboard located east of the 405 freeway in Culver City, California. It looks like this: 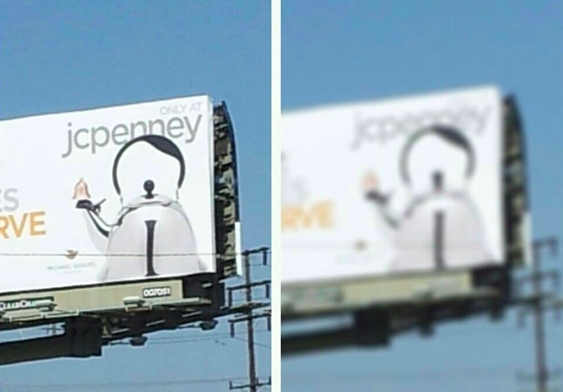 And it reminded a lot of people of… 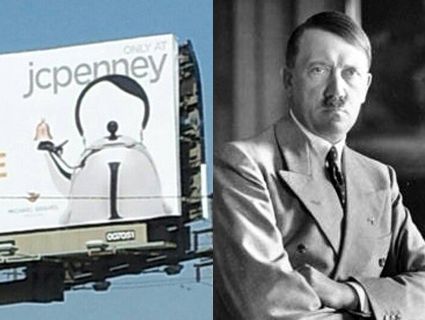 The kettle was designed by architect and New Jersey Hall of Famer Michael Graves, who has a long history of designing consumer products that do not resemble a saluting Hitler, including this teakettle from 1984. After the Hitler-kettle story went viral, JCPenney took to Twitter to reassure the public there was no intended connection between the product and the Nazi leader. Here’s one of JCPenney’s damage-controlling Tweets: 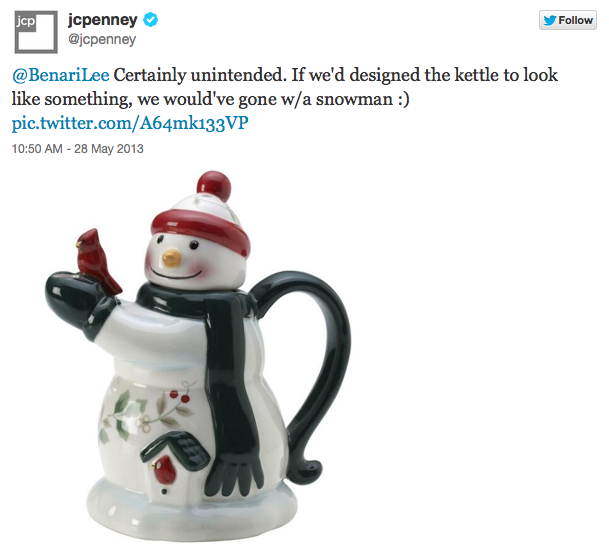 JCPenney elected to stop selling the item on its website, and took down the billboard on Tuesday—but not before all the Hitler hoopla caused a sales spike in the now notorious kettles.

Still, Jeffrey Cooper, the Democratic mayor of Culver City, remains upset at JCPenney for not initially noticing the resemblance. “I am disappointed JCPenney actually put the billboard up in the first place and more outraged that they actually attempted to defend it,” he says in an email. “As a Jew, I am offended, [and] as an elected official, I am mad that the city I represent is linked to this.”

Others were more forgiving. “JCPenney did the right thing by responding to public concerns and removing the tea pot from their product line,” the Anti-Defamation League, one of the major groups that monitors anti-Semitism, says in a statement sent to Mother Jones. “We take JCPenney at their word that any resemblance to the Nazi dictator was completely unintended.”

Michael Graves did not respond to a request for comment.