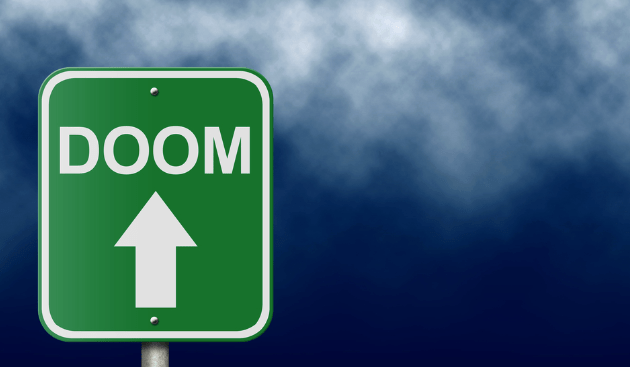 It looks like one of the primary causes of the 2007 financial crash may be here to stay.

Before the crisis, the credit-rating agencies (such as Fitch, Moody’s, and Standard & Poor’s) that evaluate the relative risk of investment products offered by Wall Street banks, routinely assigned their highest ratings to bonds built out of junky, high-risk mortgages. Because of those ratings, the bad bonds sold like hotcakes, which in turn encouraged lenders to make more high-risk loans to sell to the banks to package into more risky bonds—and so on until the house of cards came down. (For a great read on all of this, see Michael Lewis’ “The Big Short.”)

Part of the reason the ratings agencies behaved so recklessly is that they were (and still are) paid by the banks whose products they rate. Yet even now, years after the financial crisis, the Securities and Exchange Commission isn’t sure what it wants to do, if anything, about this loaded situation. So it held a roundtable discussion on Tuesday to think about it some more.

Credit-rating agencies “effectively took huge bribes from banks to misinform people about risk,” says Marcus Stanley, policy director of Americans for Financial Reform. “This is a critical issue and [the SEC] has taken a complete pass on it” so far.

Pre-crisis, banks would shop around, soliciting preliminary ratings from a handful of ratings agencies for a given financial product, and then pay for the rating they liked best. The set-up promised financial rewards to the firm willing to provide the best rating, no matter how risky the assets were.  “The sad fact is that the same rigged system still exists,” Sen. Al Franken (D-Minn.) told the Wall Street Journal on Monday.

When the 2010 Dodd-Frank financial reform act, which was aimed at preventing another crisis, was still in Congress, he proposed an amendment that would have created a government-run clearinghouse: The banks would pay into a pool for ratings services, but wouldn’t get to choose which agency to hire. When Dodd-Frank passed, it did require the SEC to reform the rating agencies’ pay model to avoid these perverse incentives, but punted on exactly how. Congress merely stipulated that the SEC conduct a study of Franken’s proposal, along with other compensation models. The study was completed in December. Its conclusion: Let’s study this some more.

This isn’t the first time the SEC has had a chance to rein in ratings agencies, and “belly-flopped.”

Hence Tuesday’s roundtable. But financial-reform advocates say this second go-around also amounted to little more than a study group: Dennis Kelleher, whose advocacy group Better Markets took part in the discussion, characterized it as “eight hours with 25 or so panelists and speakers almost guaranteed not to point in any particular direction.”

The SEC would not comment on whether the shindig was likely to bring it any closer to a decision. The Securities Industry and Financial Markets Association, an industry group that also participated, declined comment as well.

This isn’t the first time the SEC has had a chance to rein in ratings agencies, and “belly-flopped,” says Marcus Stanley of Americans for Financial Reform. Dodd-Frank also called for new punishments for agencies that give inflated ratings. And while the SEC is implementing a series of new rules targeting the issue, Stanley says they amount to “a lot of bureaucratic paperwork without really clear penalties.” He adds that the credit rating agencies also “threatened to stop issuing ratings if they were going to be legally accountable, and the SEC backed down.”

The credit-ratings firms “were 100 percent wrong 100 percent of the time when it counted.”

Given the SEC’s reluctance to act, reform advocates say the economy could be headed towards another 2007-style crisis. “There would have been no financial crisis if the rating agencies didn’t slap triple-A ratings on trillions of dollars of worthless securities,” Kelleher says.

So what’s the explanation for the SEC’s big hold up? “This is one of those things I just scratch my head about,” Kelleher says, arguing that the issue is easy to solve. “This is not an obscure, hard to understand problem…We have three firms who cornered the market, who were 100 percent wrong 100 percent of the time when it counted. They enriched themselves, enabled the financial collapse, and they have not been regulated any differently than before. This is the equivalent of the police watching robbers go from bank to bank to bank in a city, and get away with all the money, and just stand there and watch them run away and say, ‘Gee, I don’t know what we’ll do about that. It’s kinda complicated.'”