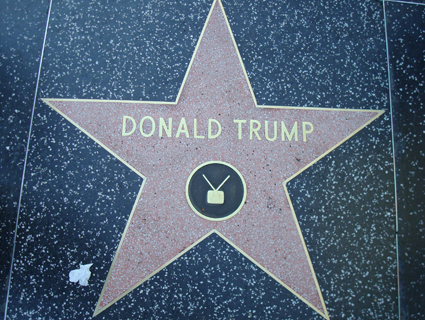 Donald Trump declined to say on Wednesday whether he was running for president in 2016 but said that “people in this country are desperate for leadership.”

The billionaire businessman told Neil Cavuto on Fox News: “Whether it’s me — or, frankly, let it be somebody — but somebody has to come along and straighten out this country. We’re in trouble.”

The New York Post reported on Monday that Trump has spent $1 million to research his political standing in certain states. He told the Oakland County Republican Party’s Lincoln Day Dinner in Michigan last week that it was “highly unlikely” that he would seek the White House in 2016.

Perhaps it’s time to feel nostalgic for the 2012 Republican presidential campaign. Ah, remember when Trump headlined a telephonic town hall meeting for Michele Bachmann, showing that he really has an eye for political talent? So what’s next? Herman Cain returns with his 9-9-9 plan?