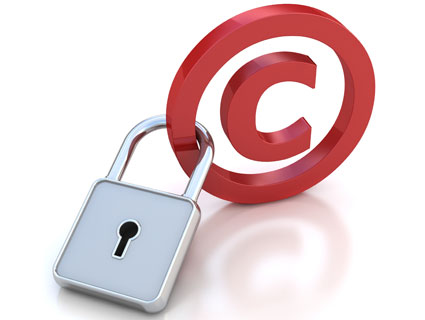 The last time Congress tried to pass major copyright reforms, 2011’s Stop Online Piracy Act (SOPA) and Protect IP Act (PIPA), it pissed off just about every corner of the internet, from Google to Wikipedia to the Teen Witch Fan Club. SOPA and PIPA critics certainly wanted an update to America’s rusty copyright laws, just not one that trampled on free speech in the name of catching criminals.

The bipartisan Unlocking Technology Act of 2013, introduced by Rep. Zoe Lofgren (D-Calif.) on May 8, may be the compromise that privacy advocates have long desired. Instead of giving law enforcement more power to crack down on internet users, the bill protects law-abiding Americans who modify the cellphones, computers, and software that they own—a proposal that could help everyone from DJs to the visually impaired. There’s just one problem: The two giant entertainment industry lobbying groups that backed SOPA—the Motion Picture Association of America (MPAA) and the Recording Industry Association of America (RIAA)—might not back Lofgren’s bill.

Here’s what the law would do. Right now, under the 15-year-old Digital Millennium Copyright Act (PDF), it’s illegal for any person or product to circumvent measures that are used to protect copyrighted music, movies, games, books, and other software. If you break the law, affected copyright holders can sue you. That’s supposed to stop hackers from, say, making 10,000 copies of Iron Man 3 and selling them in China. But “this ends up covering a lot of behavior that doesn’t have anything to do with [copyright] infringement,” explains Parker Higgins, an activist for the Electronic Frontier Foundation, a nonprofit that backs free speech, privacy, and consumer rights on the internet. Otherwise legal acts—such as unlocking an old cellphone to give it to a friend—are technically forbidden under today’s copyright law because they require getting around software copyright protections. The Unlocking Technology Act would change that by legalizing software tampering as long it doesn’t “facilitate the infringement of a copyright.” That means that as long as you don’t manipulate software with the intention of doing something illegal, you’d be protected. Selling bootleg copies of Iron Man 3 would still be illegal; backing up the movie for your own personal use wouldn’t be.

The change that would affect most Americans is cellphone lockdown. Currently, if an American wants to move her iPhone to a different network when the phone’s contract is up, she can’t do it without her cellular carrier’s permission—even if she’s a member of the military unlocking the phone to avoid huge fees abroad. Developers who make the software that unlocks phones have it even worse: They can face up to a $500,000 fine or up to five years imprisonment for a first offense, and up to a $1 million fine or up to 10 years imprisonment for subsequent offenses. Every three years, the Librarian of Congress, James Billington, is tasked with deciding whether certain software can be exempted from the laws preventing tampering with software copyright protections. In January, the exemption for cellphone unlocking software expired and he didn’t renew it. If Lofgren’s bill passes, that decision would be out of Billington’s hands—cellphone unlocking would get automatic protection.

Cellphone users aren’t the only ones that would be affected by this bill. “For a blind person like me to read an e-book, that device has to be equipped with software that reads it to you,” says Mark Richert, director of public policy for the American Foundation for the Blind. “And the software that I use conflicts with a book’s copyright.” Right now, every three years, advocates for the visually impaired have to beg the Librarian of Congress to grant an exemption for their software—and Sina Khanifar, an activist on the issue and founder of the website FixtheDMCA.org, notes that the exemptions from the law only apply to individual users, not the companies that make screen readers. So as a result, companies are legally dissuaded from making this technology at all. Richert adds that authors who produce the content want everyone to buy the audio version of their books instead, but he says, “For me, using a screen reader is not exactly the same thing as paying to listen to Vincent Price read a novel.” This bill would make a permanent exemption for these kinds of readers.

Khanifar notes that Lofgren’s bill also affects independent auto mechanics and repair shops, because lock-out codes are increasingly being used in car diagnostic systems, so current law’s “vague language can make repairing a broken truck a crime.” Current copyright law “was meant to prevent piracy, but instead it’s being used as a loophole by manufacturers to threaten anyone who writes software to modify their devices,” Khanifar says.

The proposal would also protect people who remix copyrighted material, like documentary filmmakers, teachers, and DJs (Greg Gillis, a.k.a. Girl Talk, did not respond to Mother Jones‘ request for comment on this issue). A longstanding legal doctrine called fair use says it’s sometimes legal to use portions of copyrighted work for things like education, commentary, parody, and transformative art. But it’s often illegal to access the copyrighted work in the first place, because copyright protection has to be broken. Lofgren’s bill would fix that problem, too, by allowing Americans to bypass copyright protections for fair-use purposes—thus protecting a teacher who wanted to show a short clip of Iron Man 3 for a classroom discussion of Tony Stark’s ideology.

There’s not a lot of controversy over the portion of the bill that would allow unlocking cellphones. Over 100,000 people protested the Library of Congress’ decision on Obama’s “We the People” site, and the Obama administration agreed that “it’s common sense” that users should have control over their own devices, and said it supported action from Congress. However, the bill could face some backlash from entertainment industry giants like the MPAA and RIAA.

“There are [groups] who want to see copyright not only enforced, but maximized beyond normal use” says a House aide familiar with the bill. “They (especially MPAA) were strong proponents of SOPA. I could see where they might object to the parts pertaining to media use.” The aide notes, however, that “so far the response to the bill has been overwhelmingly positive.” Both MPAA and RIAA told Mother Jones they do not have comment at this time on whether or not they support the bill.