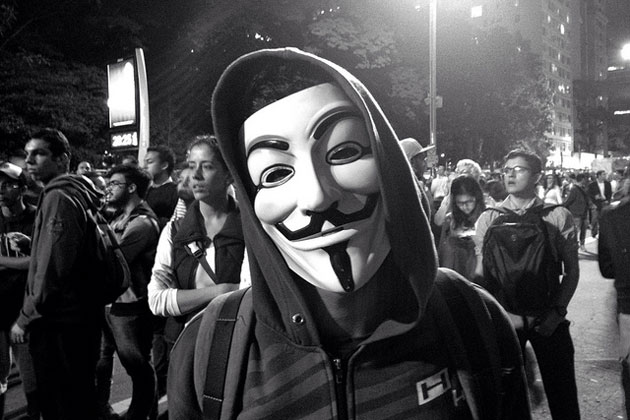 Hundreds of thousands of people have taken to the streets in a massive show of civic unrest in Brazil. The protests were sparked by a hike in public bus fares, but have become an outlet for people upset about overall problems with transportation, massive spending on the upcoming World Cup and summer Olympics, simmering tensions with police, and a seemingly out of touch ruling class. A brief primer:

How did this get so big? There have sporadic protests since at least March (Portuguese) demanding the government rescind a hike in bus and subway fares, but they have become more widespread over the last few days, with large groups taking to the streets in at least seven Brazilian cities (Portuguese) across the country. A group called “Passe Livre” (the free-pass movement) has been pushing for lower transportation costs for a while now, but the demand didn’t catch on on a large scale until recently, according to Vincent Bevins at Fohla De S.Paulo.

“If the quality of bus service was improving in Rio, this would make sense, but the buses are overcrowded, they run infrequently, and they are unsafe,” a 25-year-old law student told Catherine Osborn at Americas Quarterly. As Bevins noted, the hikes would have forced those living on minimum wage to spend more than a quarter of their income just on public transportation.

The protests seem to be having an effect: Officials in at least five cities said Tuesday they’ll cut bus fares, according to Reuters. But the complaints have widened far beyond transportation costs by now. In Sao Paulo, for example, police battling drug dealers and other criminals have been accused of forming death squads and targeting civilians, participating in street executions, and murdering citizens in revenge killings.

During the protests, police have also been accused of violent overreactions, with even the country’s Justice Minister calling the response “extreme police violence” (Portuguese). The video below captures some of what’s happened:

Why is this important? What’s going to happen now? The protests—which show no signs of ending any time soon—mark the biggest social uprisings in Brazil since 1992, when large numbers of people demanded the impeachment of President Fernando Collor de Mello (pay-wall). Brazil was ruled by a military junta from the mid-1960s through 1985, a time marked by torture, forced disappearances, and arbitrary executions. Perhaps as a sign of how far things have come since then, Brazilian President Dilma Rousseff said the protests were a sign of a healthy democracy and that it was “good to see so many young people, and adults—the grandson, the father, and the grandfather—together holding the Brazilian flag, singing our anthem and fighting for a better country,” according to BBC News.

The protests are happening as Brazil makes preparations for the 2014 World Cup and the 2016 Olympics. The Confederations Cup, a precursor to the World Cup, is happening now in Brazil in several of the cities dealing with protests. Public spending on these events—running in the billions—is another target of protesters’ ire. The 2016 Rio Olympics will be the first time the event will be hosted in South America, and workers’ rights advocates say the country is gutting services to poor people to pay for the events.

Police and roughly 15,000 protesters clashed Wednesday in Fortaleza, according to the Associated Press, about two miles from a stadium where Brazil took on Mexico.

“We are against a government which spends billions in stadiums while people are suffering across the country,” one of the protesters said. “We want better education, more security and a better health system.”