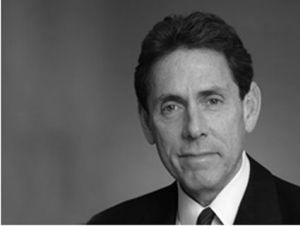 For the past twenty years, conservative operative Edward Blum has played a crucial behind-the-scenes role in America’s most contentious court fights: He identifies people who will make compelling plaintiffs; pairs them with lawyers who are willing to sue to upend affirmative action, voting-rights laws, and other race-conscious policies; and raises money to help cover the legal fees.

As Mother Jones reported last year, Blum, a 61-year-old former stockbroker, was deeply involved in several of the most controversial cases before the Supreme Court this term. He engineered Fisher v. University of Texas, a case challenging affirmative action in college admissions that the Supreme Court sent back to a lower court for further consideration on Monday. But the greatest victory in Blum’s long career came Tuesday morning, when the Supreme Court used Shelby County v. Holder, a case Blum helped launch and fund, to strike down Section 4 of the 1965 Voting Rights Act. After decades in the legal wilderness, it looks like Blum finally has his big win.

Blum’s decades-long crusade started after he ran for Congress in Houston. Blum lost, but was later able to prove the district he ran in had been gerrymandered along racial lines. Since then, he’s launched over a dozen cases, building recruiting websites, cold-calling local officials, and convincing his picks to become the face for ending race-based protections. “The first hurdle is to seek out plaintiffs who are of, in my opinion, the right philosophy, and have no ax to grind. Sensitive to the fact that there are individuals and organizations who believe that these laws should stay in place,” Blum told NBC News. “You cannot seek out people who are bigots or small-minded.” A onetime Democrat converted by Reagan and Commentary magazine, Blum has argued that his challenges are efforts to promote “colorblind” policies, asserting that the current laws are unfair to whites and stigmatize minorities.

Through his one-man legal defense fund, the Project on Fair Representation, Blum has corralled financial backing to keep mustering judicial challenges from conservative allies, running funds through his nonprofit, Donors Trust. The tactic at which he excels, finding plaintiffs that can carry an issue to the highest court, was pioneered by groups like the NAACP, and has been long used by liberals and conservatives alike.

Tuesday’s Supreme Court decision struck down the formula that determines which parts of the country deserve extra federal scrutiny of their voting laws. But if Blum’s his past record is any indication, this victory will only fuel his fire. As Al Vera—the plaintiff in Blum’s 1996 case arguing that race-based gerrymandering violated the Equal Protection Clause of the 14th Amendment—once said, Blum is “like a bulldog once he attaches onto an issue he believes in.”