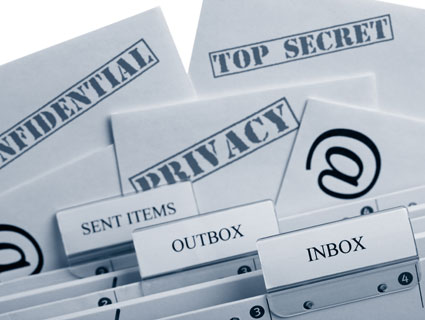 Multiple top Obama administration officials have been using secret alternate email addresses to conduct government business, the Associated Press reported Tuesday. Conservatives were already outraged by former Environmental Protection Agency head Lisa Jackson’s previously revealed use of an alias, Richard Windsor, to send emails, so this latest news has the potential to create a firestorm on the right.

The Obama administration claims there’s nothing to see here, and that officials were using the alternate addresses so they could do their jobs  without having to wade through a deluge of spam. The alternate email addresses uncovered by the AP have all been governmental—the alternate email for Kathleen Sebelius, the secretary of Health and Human Services, was KGS2@hhs.gov, not sebelius@gmail.com, to cite one example. Several government agencies told the AP that the alternate email addresses “are always searched in response to official requests and the records are provided as necessary.” Although the addresses themselves may be secret, the emails that are sent to and from those addresses are subject to normal government recordkeeping and public disclosure rules—at least according to the Obama administration.

The AP, however, notes that it “could not independently verify” that the Obama administration did in fact search officials’ unlisted email accounts in response to public records requests. In fact, the news agency found only one example of an email from an official’s unlisted account being disclosed in response to such a request.

Figuring out whether or not these emails are being properly archived and searched is crucial. During the presidency of George W. Bush, a scandal erupted over Bush aides’ use of private, non-governmental email accounts to conduct government business. All emails from federal employees conducting government business are usually subject to public records laws, regardless of what addresses are used to send them. But the Bush-era accounts were, unlike the Obama administration accounts, non-governmental—some, for example, were operated by the Republican National Committee. That means those emails were less likely to be archived and maintained for posterity than emails sent or received by governmental addresses.

If Obama administration officials’ secret-address emails are being archived under federal records laws and being properly searched in response to public records requests, they’re likely above board. (The administration claims that using alternate email addresses was common under past presidents, too.) If that’s the case, the secret email addresses are no more than a modern day equivalent of an unlisted phone number. But if these private emails aren’t being properly archived and searched, it may—and should—be a real scandal.