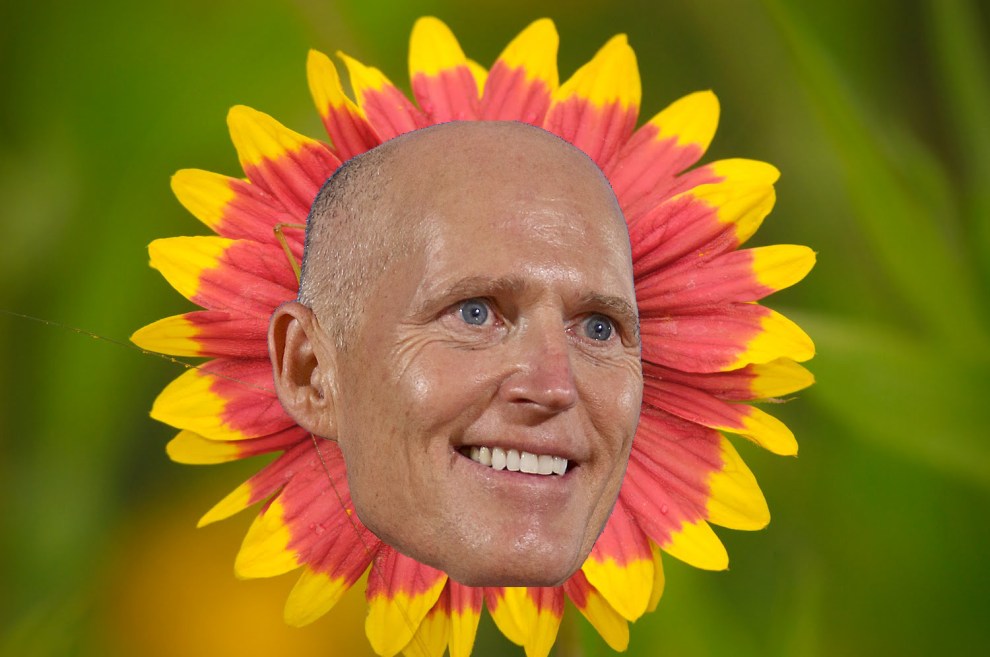 Members of the Florida state Legislature rarely agree on anything. It’s unusual for a bill to get unanimous support from the body. But as it turns out, there is one thing that both Republicans and Democrats really love: wildflowers. Florida lawmakers in both houses of the Legislature voted a collective 157 to 0 this spring to increase the fee for a special Florida wildflower license plate from $15 to $25 starting in July. The proceeds would have gone to the Florida Wildflower Foundation, which for 13 years has been using license plate fees to dole out $2.5 million in grants to schools, garden clubs, and other green-thumb groups to plant native Florida flowers. The only problem is that on Friday afternoon, Republican Gov. Rick Scott vetoed the bill.

The move seems to have left even Republicans somewhat mystified. The only people who paid the fee were those who wanted to chip in for the pretty roadside flowers, and it brought the cost of the license plate in line with another one Scott approved for the Freemasons. But Scott apparently saw it otherwise, insisting that the wildflower license plate fee is apparently just another manifestation of big government. He wrote:

The veto might be in keeping with Scott’s image as a strict small-government tea partier, though it’s unclear that even the tea partiers are part of the anti-wildflower lobby. What’s really odd about the veto is that Scott has spent the past few months running away from the tea party, which has made him one of the nation’s most unpopular governors. He’s been transforming himself into a more traditional tax-and-spend politician, even coming out in support of expanding Medicaid under Obamacare, as he tries to hang on to his job in next year’s election. But the flower veto suggests that the tea partier in him is refusing to go quietly. Or maybe he just really hates flowers. Either explanation probably isn’t going to help him win any votes. As the Legislature has shown, in Florida, just about everyone loves wildflowers.