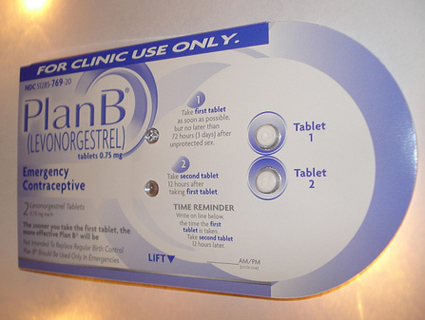 An appeals court has ordered the Obama administration to make at least some forms of emergency contraception (EC) available over the counter immediately.

There are two types of EC, a.k.a. the “morning after pill”—one that has two separate pills that contain hormones to prevent pregnancy, and another that requires only one pill. A three-judge panel of the Second Circuit Court of Appeals ruled Wednesday that varieties of EC that are sold as two separate pills need to be made available over the counter to everyone immediately. The availability of the one-pill variety will be determined after the full appeal is heard later this year.

Judge Edward R. Korman ruled in April that emergency contraception should be made available to everyone—without a prescription and regardless of age—within a month. The Obama administration appealed that ruling and asked Korman to delay its implementation. Korman refused, calling the administration’s argument “something out of an alternate reality.” After that, the Obama administration asked the appeals court to delay implementation of Korman’s ruling. That’s what led to Wednesday’s decision, when the appeals court said it wouldn’t delay Korman’s ruling as it applied to two-pill EC, but would postpone a final decision on the one-pill products.

Although they were surely hoping that an appeals court would just deny the administration’s request in its entirety, reproductive rights groups were pleased with Wednesday’s decision. The decision means that, for the first time, some form of emergency contraception will be available over-the-counter for all women. “Finally, after more than a decade of politically motivated delays, women will no longer have to endure intrusive, onerous, and medically unnecessary restrictions to get emergency contraception,” said Nancy Northup, president of the Center for Reproductive Rights, which filed the original suit against the FDA, in a statement.

But this does mean that, for now, Plan B One-Step—the most common form of one-pill emergency contraception—will be available over-the-counter only to women ages 15 and over who have government-issued ID to prove their age. And generic brands of one-pill EC will be available over-the-counter only for women ages 17 and over with ID. Confusing, right?