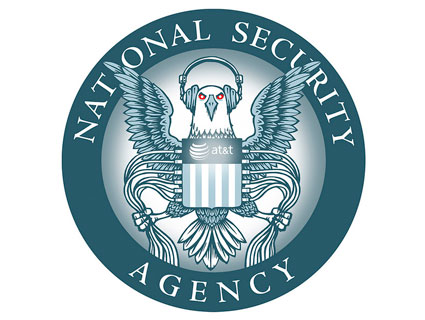 In recent months, the Republicans have been desperately hunting for an Obama scandal—with little success. A Benghazi cover-up? Oops, the emails released by the White House (at the urging of the GOPers) showed nothing improper. A Nixonian scheme to use the IRS to punish political enemies? The Treasury Department inspector general who investigated the IRS targeting of tea-party-ish groups seeking nonprofit status declared there was no evidence this political profiling was prompted by anyone outside the IRS division. With the revelation that the National Security Agency is sweeping up the telephone records of Americans suspected of no wrongdoing, though, the Obama gang may finally have a real scandal on its hand—not a scandal of wrongdoing or unethical conduct, but one of government overreach. Yet, as White House officials are already pointing out to reporters, if this is a scandal, it is a bipartisan scandal, for Congress has approved this wide-ranging, super-secret, domestic surveillance program.

At issue is the disclosure of a highly classified court order—issued by a judge on the Foreign Intelligence Surveillance Court—that forced a Verizon subsidiary to hand over on a daily basis to the NSA call logs for all of its customers. This included calls between the United States and abroad and calls within the United States, including local telephone calls. The order does not cover the content of the communications; it compels the Verizon unit to give the NSA what’s known as “metadata,” such as the time, length, and location of calls—not the customer’s identity. But the snoops at the NSA can use this data to look for patterns and check to see if any of these phone numbers are being used for communications to or from suspected terrorists.

The order does not permit Verizon to reveal its existence. And there’s no telling if similar orders went out to other telecommunications companies.

This is a sweeping surveillance program—the sort of activity that two Democrats on the Senate intelligence committee, Mark Udall of Colorado and Ron Wyden of Oregon, have been complaining about for years. The pair have warned that the government was engaged in a surveillance program under the Patriot Act that went beyond what most people would assume permissible given a reasonable interpretation of that law. They have not been able to reveal details of the classified activity in public, but the two senators have noted that Americans would be alarmed if they knew what was going on.

That proposition will now be tested. The White House can expect civil-liberties-minded Democrats (such as Wyden and Udall) and Republicans concerned about federal power (say, Sen. Rand Paul of Kentucky) and/or looking for another anti-Obama opportunity to howl about this secret program. In response, the White House, it seems, will make the case: Congress, was in on it, too.

Responding to the news, a senior administration official issued this statement:

The article discusses what purports to be an order issued by the Foreign Intelligence Surveillance Court under a provision of the Foreign Intelligence Surveillance Act that authorizes the production of business records. Orders of the FISA Court are classified. On its face, the order reprinted in the article does not allow the Government to listen in on anyone’s telephone calls. The information acquired does not include the content of any communications or the name of any subscriber. It relates exclusively to metadata, such as a telephone number or the length of a call.

Information of the sort described in the Guardian article has been a critical tool in protecting the nation from terrorist threats to the United States, as it allows counterterrorism personnel to discover whether known or suspected terrorists have been in contact with other persons who may be engaged in terrorist activities, particularly people located inside the United States.

Note the White House is fully defending the program as entirely appropriate and necessary and is emphasizing that all three branches—that means, Congress and the FISA court—reviewed and approved this spying. Another administration official was explicit on this point, noting that Congress was regularly briefed on this and that if this is a scandal, the Hill is complicit. The White House’s pushback goal is obvious: get reporters to ask Congress, what did you know and when did you know it?

Perhaps the White House can spread the responsibility. But the program was initiated and run by the executive branch. It will justifiably draw much criticism, which may resonate more widely than the in-the-media outrage over the Justice Department snooping on the Associated Press and a Fox News reporter. “This is a truly stunning revelation,” Elizabeth Goitein, codirector of the Liberty and National Security Program at the Brennan Center for Justice, told the Washington Post. “This suggests that the government has been compiling a comprehensive record of Americans’ associations and possibly even their whereabouts.” After Benghazi and the IRS, the White House may finally have to confront a real controversy over a program it truly owns.

UPDATE: According to Politico, Sen. Dianne Feinstein (D-Calif.), the chair of the Senate intelligence committee, and Sen. Saxby Chambliss (R-Ga.), the ranking Republican on the committee, acknowledged Thursday morning that this surveillance program has been going on for years and that Congress has been regularly briefed on it. “As far as I know, this is the exact three-month renewal of what has been in place for the past seven years,” Feinstein noted. “This renewal is carried out by the [Foreign Intelligence Surveillance Court] under the business records section of the Patriot Act. Therefore it is lawful. It has been briefed to Congress.” Chambliss said, “This is nothing new. This has been going on for seven years…Every member of the United States Senate has been advised of this. To my knowledge there has not been any citizen who has registered a complaint. It has proved meritorious because we have collected significant information on bad guys, but only on bad guys, over the years.” Yet several senators—Democratic and Republican—did say they were troubled by the program.

UPDATE 2: To emphasize that the White House and the NSA were not acting on their own—not going rogue—an administration official sent along a letter the Justice Department wrote to Wyden in 2011 that notes the multiple ways that members of Congress were briefed on this program:

The government has made public that some orders issue by the FISA Court under section 215 [of the Patriot Act] have been used to support important and highly sensitive intelligence collection operations, on which members of congress have been fully and repeatedly briefed. During the last Congress (in December 2009), and in the current Congress (February 2011), the Department of Justice and the Intelligence Community provided a document to the House and Senate intelligence committees to be made available to all members of the House and Senate describing the classified uses of section 215 in detail. The Intelligence and Judiciary Committees have been briefed on these operations multiple times and have had access to copies of the classified FIDA Court orders and opinions relevant to the use of section 215 in those matters.