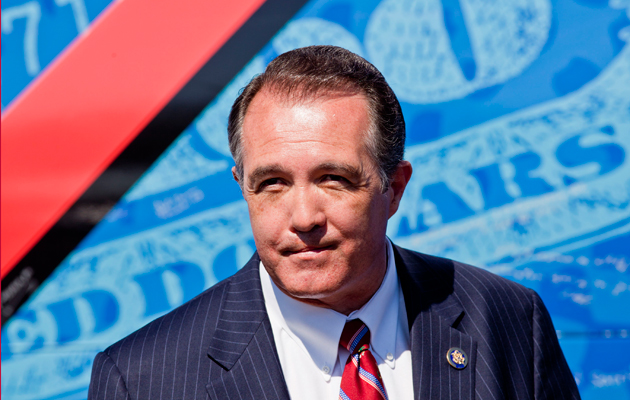 In January, Politico reported that the conservative pro-life group Susan B. Anthony List was organizing special training sessions to teach male Republican lawmakers how to not make ignorant comments about rape (see: Akin, Todd). How’s that working out so far? On Wednesday, Rep. Trent Franks (R-Ariz.), who is sponsoring a bill that would ban all abortions after 20 weeks, pushed back against an effort to insert an exception for women who have been raped by arguing that rape usually doesn’t result in pregnancy:

The incidence of rape resulting in pregnancy are very low. But when you make that exception, there’s usually a requirement to report the rape within 48 hours. And in this case that’s impossible because this is in the sixth month of gestation. And that’s what completely negates and vitiates the purpose of such an amendment.

The Atlantic‘s Garance Franke-Ruta has the best deconstruction of this myth, but most serious studies of the issue conclude that pregnancies from rape are quite common. I’ve reached out to Rep. Franks’ office to ask if he had attended the SBA List rape seminar. It seems unlikely.