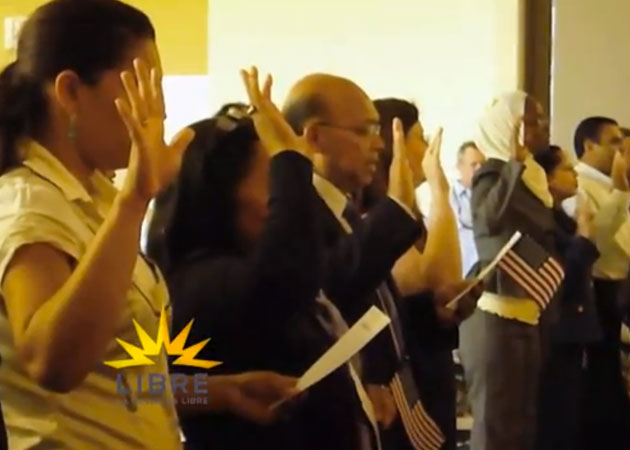 Will comprehensive immigration reform ever see the light of day in this Congress? The issue continues to be an uphill battle in the House, but unlike with the major legislative fight earlier this year over gun reform, there’s no anti-immigration coalition that wields power comparable to that of the gun lobby. In fact, the vast majority of groups lobbying lawmakers on Capitol Hill support immigration reform; between April and June, as the Senate worked to pass the bipartisan Gang of Eight’s bill, an array of bipartisan groups supporting immigration reform outspent the opposition by an estimated 3-to-1 ratio on TV and radio ads.

In the House, a vote on immigration is not expected before the August recess. That means it may wait until late in the year, or maybe even until 2014, because of pressing budget issues on the agenda this fall. But it also means that immigration reform groups will have more time to pressure House Speaker John Boehner and other Republican lawmakers into finally allowing a vote on legislation that includes a path to citizenship for the country’s 11 million undocumented immigrants. So far, Republican leaders have pushed piecemeal bills focused largely on enforcement measures and have considered a path to citizenship only for undocumented immigrants brought into the country as children.

Increasingly, they are the target of ad campaigns aimed at breaking the conservative obstruction. Last week, the Service Employees International Union spent $200,000 on a week-long, Spanish-language radio campaign in 10 congressional districts held by Republicans that have relatively large Latino populations (listen to the ads here). It was the latest in a multi-million dollar campaign supporting immigration reform.

Eliseo Medina, the SEIU’s secretary-treasurer, says the response to the ads from both constituents and lawmakers “makes us feel pretty good they’re going to be on the right side of this issue.” Medina points to two congressmen in California—Jeff Denham, whose district is 40 percent Latino, and David Valadao, whose parents immigrated from Portugal’s Azores Islands in 1969—as two Republicans he thinks were particularly responsive to the ads. Valadao already supports a path to citizenship, his office says, but most of his colleagues will be harder sells: His district is 72 percent Latino, which among Republicans is second only to that of Florida Rep. Ileana Ros-Lehtinen, Congress’s first Cuban American.

Last month, the Democratic Congressional Campaign Committee rolled out Spanish-language radio ads targeting House members who voted for an amendment authored by anti-immigrant hardliner Rep. Steve King (R-Iowa) to deport undocumented immigrants brought into the country as children. They went after several of the same lawmakers as the SEIU, including Rep. Joe Heck (R-Nev.), one of just 15 House Republicans representing a district that voted for Obama in 2012. “He’s been ‘Heck no,'” Medina says. “He’s going to be ‘Heck yes.'”

The ad below goes after Rep. Gary Miller, a Republican also targeted by the SEIU who represents the recently redistricted, Latino-heavy Inland Empire in Southern California:

Demographics explain the tactic: Forty House Republicans represent districts with Latino constituencies of at least 20 percent. And to win a simple majority, only 17 Republicans would have to support a bill with a path to citizenship if every Democrat voted in favor of it (though a small number likely wouldn’t). It’s possible that at least that many Republicans quietly support a path to citizenship but remain cautious about primary challenges from the right in 2014. For now, though, Boehner continues to stand by his promise that he won’t allow the Senate bill or any other to come to the floor that doesn’t have majority support among the chamber’s 234 Republicans.

But Boehner faces heavy pressure to act from within his own party. A post-election memo from the Republican National Committee stressed the importance of supporting immigration reform for the future of the party; Karl Rove’s Crossroads GPS has dropped $100,000 on print ads in the DC area, and American Action Network, a 501(c)(4) co-founded by former Sen. Norm Coleman (R-Minn.), spent more than $650,000 on TV and radio ads supporting the Senate bill.

Then there is Libre Initiative, a free-market 501(c)(4) run by former Bush White House staffer Daniel Garza. (Officially, the group describes itself as “non-partisan.”) Instead of pressuring hesitant lawmakers, the group focuses on outreach to the Latino community and touts the positive impact immigration reform would have on the economy, employment opportunities, and family cohesion. This reflects Garza’s own experiences, he says: He lives in Mission, Texas, “three blocks from the border,” and says his son has been stopped and ID’d by officials suspicious of his legal status. Last week, the Libre Initiative spent $250,000 on a Spanish-language TV ad for its Estamos Contigos—”We’re with You”—campaign, which has aired on Univision and Telemundo:

Garza says he has held several one-on-one meetings with members of Congress. They include Sens. Lindsey Graham (R-S.C.) and John McCain (R-Ariz.), who this week distributed a list of 121 House Republicans they’re pushing on reform, and Rep. Raul Labrador, the Puerto Rico-born Idaho Republican, who last month walked away from the House’s long-stalled bipartisan effort to craft a comprehensive bill that’s reportedly closing in on a deal for a probationary path to citizenship. “There are politicians on both sides of the aisle who are taking political risks to get behind different parts of immigration reform,” says Garza. “We want them to know that there is going to be support, not only to encourage them to move forward but also when it comes to election time later. It’s not just about criticizing folks.”

Still, the consensus on Spanish-language TV is that should immigration reform fail, the blame will lie squarely on Boehner’s shoulders. Yet, Garza also wants to see Democrats “put more skin in the game” when it comes to compromising with Republicans. If reform efforts fail, Obama should be held “most accountable,” he claims.

The conservative holdouts have not proven competitive in the ad wars. The biggest players are the Federation for American Immigration Reform (FAIR), which spent upwards of $900,000 between April and June on TV and radio ads opposing the Senate bill, and NumbersUSA, which spent at least $560,000 during the same period. And both groups are dogged by a lingering image problem: John Tanton, an English-only activist with ties to white supremacists, played a central role in founding both, although he no longer runs either.

But that’s not to say the groups opposed to immigration reform aren’t relevant. NumbersUSA helped kill George W. Bush’s efforts in 2007 by organizing a barrage of protest calls that caught Capitol Hill by surprise. A third group connected to Tanton, the Center for Immigration Studies, has been a consistent opponent of the Dream Act.