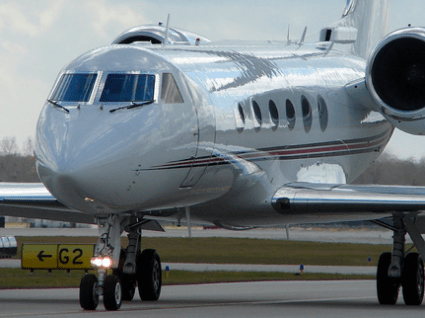 Update (7/9/13): Agence France-Presse reported that, according to a “top lawmaker,” Edward Snowden has agreed to asylum in Venezuela. According to the Associated Press, the source is the head of the Russian parliament’s foreign affairs committee, who made the statement on his Twitter account. The Tweet has since been deleted and WikiLeaks denies that Snowden has formally accepted asylum there.

Venezuela, Bolivia, and Nicaragua have offered asylum to former NSA contractor Edward Snowden, who is marooned in the Sheremetyevo airport in Moscow while trying to avoid extradition to the United States, where he faces indictment under the Espionage Act. But if Snowden wants to go to one of those countries, will he be able to get there?

Cuba is the only country in which a commercial plane carrying Snowden could safely land without him facing the threat of US extradition—and en route he would have to pass through airspace belonging to the United States or one of its allies, whereby the US government could force his plane to land based on extradition treaties. There is a route that Snowden could take to avoid crossing the airspace of Canada, Norway, and the state of Florida, but he would need to charter a very expensive private plane to do so.

“A private plane certainly looks like the best bet to me,” says former CIA analyst Allen Thomson. “It has the advantage of simplicity and minimum involvement by the Russian government.” As Thomson told Foreign Policy, in order for Snowden to avoid US-influenced airspace, he would have to fly “North to the Barents Sea, thence over to and through the Denmark Strait. Continue south, steering clear of Newfoundland until getting to the east of the Windward Islands, then fly through some convenient gap between islands.”

If Snowden charters a private plane able to fly from Moscow to Caracas—without having to stop to refuel—it’s possible he would go with a corporate jet like the Gulfstream V, according to John Silcott, a pilot and executive vice president for Expert Aviation Consulting. A favorite of Hollywood celebrities like Jim Carrey, the Gulfstream V can fly as many as 7,480 miles without touching down, which would be sufficient to travel the 6,835-mile route between Moscow and Caracas that avoids US airspace.

“If someone were looking to do this, they would have to locate a company that had a G-5 available to charter, and obviously if that was a US company I don’t see that happening,” Silcott says. “They would have to find a company somewhere else around the world willing to do that.” (As of Monday night, JetCharters.com showed only four private jets available at Sheremetyevo airport, and it was unclear what companies run them.)

ABC News estimates that a private plane from Moscow to Ecuador—which was previously an asylum option for Snowden*—would cost at least $200,000. According to PrivateFly, the cost of a direct one-way charter to Venezuela from Moscow would be $180,371. So far, none of the potential asylum countries have publicly offered to pay for Snowden’s transportation. WikiLeaks could potentially organize a fundraiser by Snowden’s supporters, or a private donor could perhaps step forward. The only one who has publicly done so to date is Icelandic businessman and WikiLeaks supporter Olafur Vignir Sigurvinsson, who offered to fly Snowden to Iceland on his private jet back when Iceland was a potential option for Snowden.

Journalists have been tracking which commercial flight Snowden might be on to Cuba, whose president has voiced support for the former NSA contractor and may or may not honor his nation’s extradition treaty with the United States. Yet, even though President Obama said recently that “we’re not scrambling jets to get a 29-year-old hacker,” Thomson says he “sure wouldn’t bet against” the idea of the US stopping a commercial plane, especially given the subsequent incident last week in which a plane from Moscow carrying Bolivian president Evo Morales was forced to land by European countries. Bolivia claims the US pressured those allies to make sure Snowden was not onboard. (The US government has not addressed the incident, while France issued an apology without explaining why the plane was grounded.)

But Snowden is unlikely to fold, suggests Thomson. “My sense at the moment is that Snowden is what he seems, and that means he wants to preserve his freedom to continue to engage in a campaign of revealing the material he collected that documents what he sees as government abuses.”